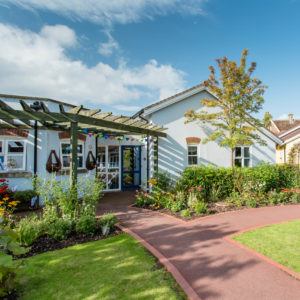 Creating more homes for older people to benefit younger people may sound strange and illogical at first, but the interconnected nature of the housing market means it is an argument gaining increasing force. In fact, this point was central to the recent ‘Stockpiling Space’ report published by the Intergenerational Foundation, which argued for much better housing provision for older people to rightsize into, so that housing could be freed up for younger people.

Undoubtedly, the Government have been correct to place a big focus on the struggles of younger people in getting a foot on the housing ladder – including measures for first-time buyers and building more homes for young people in its ‘Planning for the future’ White Paper. There is a lot of truth to the Intergenerational Foundation’s depiction of ‘two housing nations’, with the first older, well-housed, often well-off, and with space to work and self-isolate, and the second younger, living in cramped flats or shared homes with little outside space.

Of course, there need to be concerted efforts to bridge this generational divide through specific measures targeted at young people. But to focus only on younger people would be to overlook the ways in which housing for different age groups is inextricably linked.

Take the example of an older person or couple who have lived in a big family home for years, whose children have long moved out and who now have multiple spare bedrooms. They want to downsize, but there just aren’t the options in their local area.

So they stay living in an unsuitably big property, which may firstly be bad for them, for example due to the property becoming unmanageable, increasing loneliness or rising mobility needs, and secondly bad for younger people because that’s a great family home they can’t use to its full potential.

Of course, this all depends on definitions of “old”, with some in their 50s still having teenage children and requiring more space, while those in their 80s being more likely to live alone.

Meeting the demands of older people

Recent research by ARCO has shown just how much interest there is from older people in rightsizing – if good options exist. A joint survey with Later Life Ambitions, published in December 2020, found that 56% would be interested in moving, rising to 70% if somewhere with care and support available as an alternative to a care home. The problem is that 53% said their local area did not have good downsizing options, including those with care.

But if we can turn this situation around and meet the demands of older people, the results will be spectacular. The housing-with-care sector’s aim is to provide a home for 250,000 older people by 2030, which would free up an estimated 562,000 bedrooms on the housing market, many for younger people.

Analysis by Professor Les Mayhew of London’s Business School last year went even further, estimating that – if 1% of older people downsized into new homes annually and stayed there for 10 years – this would require 80,000 new homes a year, and release one million bedrooms between 2020 and 2030.

As well strengthening intergenerational fairness, good-quality housing options like housing-with-care can lie at the heart of building stronger social connections between young and old, helping to break down age segregation and tackle loneliness. We see this to great effect at housing-with-care settings across the country, which act as community hubs and bring different generations together.

The Chocolate Quarter in Keynsham, run by St Monica Trust on the site of the old chocolate factory, is a great example. On top of 136 housing-with-care units and a 93-bed care home, the Quarter has office space, a swimming pool, pottery, dance studio, cinema, restaurant and bar – all accessible to local people and designed to appeal to people of all ages. The onsite GP centre refers patients to activity groups in the Quarter, building a sense of shared participation.

Why we need a Housing-with-Care Task Force

Any sense that housing for older people cannot also bring huge benefits to younger people – both economically and socially – is therefore not true. The question is: how we can expand good-quality housing options for older people so that all generations gain?

ARCO’s call for a cross-government Housing-with-Care Task Force, bringing together departments like the Ministry of Housing, Communities and Local Government (MHCLG) and Department of Health and Social Care (DHSC), is rooted in solving these policy challenges.