Commodity prices have already gone up sharply around the world and many other prices seem to be headed north. To fight COVID-19 the government has printed huge quantities of new money and many economists are predicting the result will be a sharp rise in inflation. Angus Hanton, IF Co-founder, asks what this would mean for the old and the young and fairness between the generations? 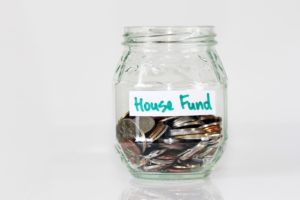 Inflation has to be better for those who own property, which is widely seen as an inflation hedge. Homeowners are predominantly members of older generations who mostly own the houses they live in and own larger ones: 80% of those in their 60’s are owner-occupiers, against only 30% of the under-30s. Thinking if this in practical terms, inflation of 10% per year means a 10% rent increase in housing costs for renters but no increase at all for the owner occupiers. In their desire to get onto the housing ladder and avoid taking investment risks, many young people will be saving in cash so that inflation will rob them of a chunk of that – inflation of 10% per annum would roughly halve the value of their cash savings after only six years.

Older generations’ income is also more fully protected. For example, if they are collecting a pension it will be index-linked. In the case of the state pension, it is indexed linked to the Consumer Price Index (CPI).  In the case of many occupational pensions the protection against inflation is even better with a link to the more generous Retail Price Index (RPI), which exaggerates the increase in consumer prices.

On the wage front, the younger generations will need to negotiate wage increases that match inflation which is hard to do for a number of reasons: an oversupply of workers; if their jobs can be automated; or if there are downward pressure on young people’s wages through increased immigration (although the recent exodus of eastern European workers could slightly increase the bargaining power of younger workers). In any event, the situation is quite different from the 1970s – the last period of high inflation – in that there is far more labour mobility and wage rates are now under downward pressure which inflation will reinforce. For those sectors of the economy which suffer badly from inflation (typically capital intensive industries) there will inevitably be significant increases in unemployment which is likely to hit the youngest hardest.

Perhaps the greatest advantage the older generation have in a period of significant inflation is that they “know the ropes” and are used to the many tricks needed to reduce its impact. These include: making ambitious demands for higher wages early and often; avoiding leaving cash in current accounts; and thinking of everything in terms of its replacement cost rather than its historic cost.

Those few economic victories that the young have achieved in recent years are now thrown into jeopardy by inflation. The minimum wage is fixed in pounds and it only goes up with explicit government action adjusting it for price increases. This is in contrast to pensions which keep up automatically. Similarly, the personal allowances which give poorly paid young people a useful chunk of untaxed income –  currently £12,500 per year –  will remain static even in inflationary times. In fact, the government has just announced that it will fix this personal tax allowance for the next five years so that inflation will inevitably push more young people into paying more tax: this is usually known as “fiscal drag”.

The young will lose out

Taken together, these foreseeable effects of inflation will fall disproportionately on the shoulders of younger generations, who are much less equipped to deal with it than those who experienced the 1970s period of high inflation. This will seem bitterly ironic to those who believe that inflation is emerging directly as a result of the government’s choice of taking on massive debts in order to protect older generations. Worse still, the prospect of inflation hitting the young hardest means that more of the decisions made by the Bank of England and the Treasury will worsen intergenerational unfairness. Inflation is also particularly insidious for young people who want to have more say in our democracy because, as Milton Friedman said, “inflation is taxation without representation.”