The “Wellbeing of Future Generations” Bill returns to Parliament later this month. IF intern Hugh Nicholl explains the case in favour of the legislation 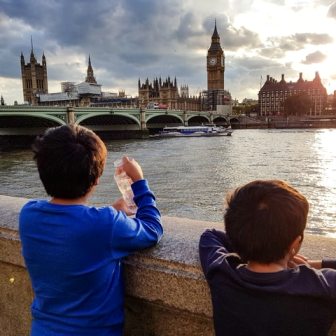 The “Wellbeing of Future Generations” Bill – a private members’ bill sponsored by crossbench peer Lord Bird and Green MP Caroline Lucas – returns to Parliament later this month for its second reading. If passed, the Bill would require legislation to set out its impacts on future generations, embedding the principle of intergenerational fairness into the practice of policy-making. For this reason, the Bill would be a welcome step towards addressing the problems of government short-termism and the neglect of younger and future generations that have been at the heart of IF’s mission.

The case for the Wellbeing of Future Generations Bill

In seeking to cement the interests of future generations in the policy process, the Bill encapsulates much of what IF has campaigned for over the course of its ten years of advocacy. It is clear that the current system is not doing enough to protect future generations, with issues ranging from the neglect of the climate crisis, to the growing economic divide between generations. Mandating our politicians to move beyond short-term policy-making could be a central means of addressing the intergenerational injustices that our political system currently generates.

Evidence to support the Bill’s proposals

While it is difficult to gauge the short-term impact of legislation intended to prompt deeper, cultural change in policy-making, there is nevertheless evidence to support the effectiveness of Wales’s future generations legislation. Last year the Welsh Auditor General published its findings for the first five-year reporting period as to how far public bodies had applied principles set out in the 2015 legislation. It found that most public bodies reported having changed their process for setting well-being objectives to apply the sustainable development principle, though longer-term considerations in setting objectives remained underdeveloped.

The implication of Wales’s first five years of the Future Generations Act is that legislation has the potential to greatly advance the cause of intergenerational fairness in policy-making. Even if Wales has far from solved the problem of intergenerational injustice, it has certainly taken steps in the right direction.

The Wellbeing of Future Generations Bill presents an opportunity for the UK as a whole to learn from Wales’s experience and to expand the protection of the interests of younger and future generations.

The outlook for intergenerational fairness in 2021

The Bill’s return to Parliament is all the more pertinent given a number of high-profile intergenerational fairness issues that the UK faces in 2021.

For one, the UK’s hosting of the COP26 climate summit in November will boost the profile of the climate crisis, and the UK government has already suggested that it is looking to lead international efforts on climate change with a string of policy announcements in late 2020. Embedding sustainability considerations into the way in which policy is made in the UK would provide a clear illustration of this commitment.

This year will also see attention shift towards the COVID-19 recovery. Throughout last year IF stressed the extent to which younger generations have been affected by the pandemic, with the educational and economic impacts on young people particularly pronounced. As the priority of the health impacts of coronavirus is displaced by its wider impacts over the course of the next year, issues of intergenerational fairness will become increasingly important.

What you can do to help

With just a few weeks until MPs are given their first chance to debate the Wellbeing of Future Generations Bill, the immediate focus is on raising the Bill’s profile and support in Parliament. To this end, there is a template email on the campaign’s website (https://todayfortomorrow.org.uk) for contacting your MP and offering them an invitation to a drop-in session with the campaign in the week running up to the scheduled date for the Bill’s second reading – Friday 29 January.

The Bill already has support across the political spectrum: the MPs who have endorsed the legislation range from prominent left-wingers like Jeremy Corbyn and Rosena Allin-Khan, to influential Conservatives like Sir Graham Brady and the COVID vaccination minister Nadhim Zahawi. Expanding this support base will be crucial in raising the Bill’s profile and demonstrating to the government that intergenerational fairness is a cross-party cause that can no longer be neglected.

While the Bill’s success is unlikely without government backing, the debate this month can still be an opportunity to raise the prominence of intergenerational fairness, and at a key moment too. The more MPs that support the legislation – or at least turn up to debate it – the more likely it is that policy-makers will consider future generations, whether mandated to by law or not.

Reminding MPs that they have a responsibility beyond their short-term interests, then, opens up the possibility of legislation that offers greater protection for the interests of younger and future generations over the coming years.