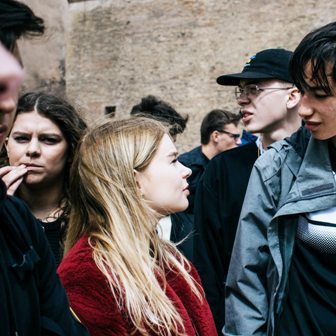 The fact that households’ living standards are determined by the complicated relationship between these three different factors makes comparing different households’ standards of living difficult, because there is no single data source which contains information on all three of them for a representative sample of UK households.

However, the Office for National Statistics (ONS) has recently released a brand new experimental dataset which attempts to overcome this problem. It has also published some interesting analysis alongside the data which draws attention to what it says about the differences between the living standards of households who belong to different age groups.

What the ONS did was to use a statistical technique called imputation to combine data from two previously existing household surveys which collect information from a representative sample of UK households each year. These were the Wealth and Assets Survey (WAS), which records data on participating households’ income and assets, but not their expenditure; and the Living Costs and Food Survey (LCFS), which collects data on participating households’ normal patterns of expenditure.

As these two surveys collect data from two different samples of UK households, what the ONS researchers did was to match households within both samples who had similar demographic and socio-economic characteristics, in order to produce a synthetic sample which combined data from the two sources.

It’s worth noting that all of these data were collected during the period between 2016 and 2018, so the conclusions which they’ve drawn from them reflect the situation before the COVID-19 pandemic began.

As we explained when we published our research into the spending patterns of different age groups, economic theory suggests that expenditure may provide a more accurate picture of a household’s living standards than looking at its income does. This is because the amount which a household spends tends to be more stable over time, whereas household income is often quite unstable. However, this is still only a partial picture as long as you don’t have data on a household’s wealth.

Thanks to their new experimental dataset, the ONS was able to look at several different aspects of living standards for which it had been impossible to obtain robust data previously.

Secondly, the data suggested that households also differ significantly in their ability to sustain their normal level of expenditure following a reduction in their income. Again, the youngest households appear to be the ones who have the least ability to withstand a decline in their income: among overspending households, the average household where the HRP is aged 18 to 24 would only have enough wealth to sustain their usual level of spending for around a month, and it was six months for households where the HRP was aged 25 to 34.

As you might expect, the oldest households covered by the survey could sustain a fall in income for the longest, because this age group tends to have the greatest accumulated wealth and also less need to spend money on housing or raising children.

What do these findings mean for young people?

There are two very important conclusions which we can draw from the ONS research which are relevant to intergenerational fairness.

The first is that the financial situation facing many younger households before the pandemic was even more precarious than our original piece of research had suggested it was, because these data show that younger households have very little in savings in addition to having to devote more of their expenditure budget to essentials.

The second is that it strongly suggests that younger households will have been in the weakest position of any age group when it comes to maintaining their standard of living during the COVID-19 crisis. Given that we know that younger workers have been losing their jobs at a significantly faster rate than any other age group during the crisis, they are very unlikely to have had a large enough pool of savings to tide them over while they try to get new ones.