The UK’s State Pension Age has been rising steadily over recent years in response to increasing longevity, and last week it finally reached the new milestone of 66 for both men and women. What will happen to the State Pension Age next? David Kingman explores what this could mean for the future 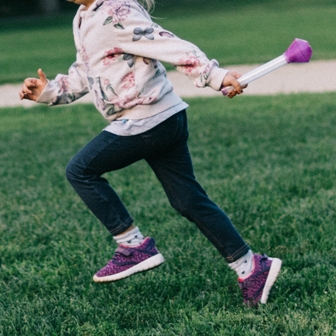 This change represents a remarkable development: for the first time since the universal Basic State Pension was introduced in Britain following the Second World War, men and women will now have exactly the same State Pension Age and it will be above the age of 65 for both.

However, this is far from the end of the changes which are likely to happen to the State Pension Age, with the government having already made plans for it to rise to 68 over the next 19 years.

This could have big implications for today’s young adults.

Ever since its beginning, the UK’s state pension has always operated on a so-called “pay as you go” basis, which means that the pensions for today’s pensioners are paid for out of general taxation; this is in contrast the model used in some other developed countries where there is a stronger actuarial relationship between the amount which an individual has contributed over the course of their working life and the pension which they get in retirement.

Paying the cost of the state pension every year is now one of the single biggest expenditure items on the government’s balance sheet; although a full state pension is only worth £9,110 per year to each pensioner, the government spent £96.7 billion on funding it during the 2017/18 financial year because it goes to 12.7 million people.

The State Pension Age is also used to demarcate the point at which pensioners begin to qualify for a number of other government benefits as well, such as Winter Fuel Payments and the English National Concessionary Travel Scheme, which means that even more government expenditure than the figure given above ultimately depends upon the age at which people reach it.

As most people are probably aware, life expectancy has risen dramatically in the UK in recent decades (although the average figures do disguise significant social and geographical inequalities). When the state pension was introduced in 1948, the average 65 year-old would live for 13.5 years after they started getting it, but by 2017 this had risen to almost 23 years.

Rising life expectancy has been the main driver of increased expenditure on the state pension, which resulted in the UK government first announcing that would begin raising the State Pension Age as long ago as 1995. The fact that women could start claiming the state pension five years before men also began to look increasingly anachronistic once large numbers of women began fully participating in the labour market on an equal footing with men.

Under current legislation, the next increase in the State Pension Age – which will see it gradually rise to 67 – is due to be phased in between 2026 and 2028. After that, things look a bit more uncertain: under current legislation it will then be raised again to 68 between 2044 and 2046, but in 2017 the government announced that they had accepted the recommendations of the Cridland Review, which argued that this increase should be brought forward, meaning it would be phased in between 2037 and 2039. However, this change appears not to have been legislated for yet.

For the Millennial generation, whose oldest members are just turning 40, the future is even more uncertain. There appears to be a general view among policy-makers that the State Pension Age will have been raised to at least 70, and possibly beyond, by the time that they are old enough to start claiming it, although any legislation that would give effect to these changes has not yet been discussed.

This was the future scenario which was outlined by a report from the Government Actuary’s Department in 2017, which suggested that it would be necessary in order to maintain the expectation that the average person should spend around a third of their life as a pensioner.

Time to rethink the triple lock?

The news that the State Pension Age had been raised to 66 was accompanied by a confirmation from the government that it intended to maintain the state pension “triple lock” – under which it is indexed in line with whichever is highest out of earnings, inflation or a minimum of 2.5% each year, despite a number of organisations calling for it to be rethought during the COVID-19 crisis.

Even though increasing the retirement age has a larger effect on controlling public expenditure on the state pension than the methodology by which its indexed rises does, the cumulative impact of the triple lock over a period of many years will still be significant. The aforementioned Cridland Review estimated that linking indexing the state pension in line with earnings alone would reduce public spending on the state pension from 6.7% of GDP to 5.9% of GDP by 2066.

Given the parlous state of the public finances, the generosity of the triple lock seems like an obvious candidate for reform.