The intergenerational divide has been exacerbated by the COVID-19 crisis. IF supporter Rosie Neville maps the reasons why, and explains why bridging the divide is the constructive way forward, to the benefit of both sides 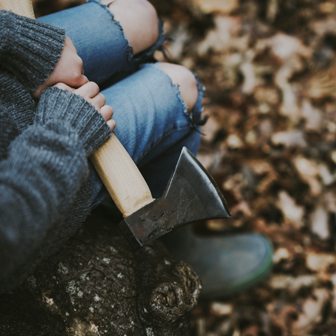 “We don’t trust anyone over thirty,” remarked the 1960s environmental activist Jack Weinberg, who was known for his role in the Free Speech Movement at the University of California. The issue of intergenerational mistrust is not a new problem. However, in our current COVID post-Brexit post-financial crisis climate, it is often suspected that Britain’s intergenerational divide has never been wider.

Manifestations of the generational divide

The intergenerational divide is apparent at the ballot box – and increasingly so. In 2010, the very year that David Willetts, a Conservative politician, published The Pinch: How the Baby Boomers Stole Their Children’s Future, the gap between levels of Conservative support in the above-65s and those between 25 and 34 was 11%; this rose to 34% in the 2017 election. Furthermore, the age divide in the EU referendum was evident, with 73% of 18–24 year-olds voting to Remain.

Differing generational opinion is not the principal issue; however, this electoral divide becomes worrying when one considers the ageing population of the UK, alongside the higher turnout among older people, which leave young people disillusioned when they watch so many politicians continuing to pursue the grey vote.

The economic disparities between Boomers and Millennials are a very real issue; the long-held convention of children being better off than their parents has waned. Since the financial crisis, real median incomes of young people have fallen 7% whilst those over 60 have seen an 11% increase. This is further emphasised when you factor in the effect of both high housing costs and high student debt on young people’s disposable income.

The gig-economy and the instability of jobs, which has been exacerbated by COVID, also have a disproportionate effect on young people who are new, and more vulnerable, in the job market,

These generational inequalities cannot be disputed and undoubtedly need to be confronted with a multifaceted approach.

However, what I want to address is the issue of our growing age segregation and intergenerational mistrust, which is likely to be partly fuelled by the aforementioned disparities, but also by generational misunderstanding and misconceptions.

The media have us believing that Boomers perceive Millennials as snowflakes that should stop eating avocados, drinking iced lattes and whining, and then they would be able to get on the property ladder. Meanwhile Millennials see Boomers as the bigoted and intolerant Brexit generation who have left a legacy of environmental disaster.

This issue has somewhat been reinforced by COVID, with the young being blamed for not following the rules, while they will carry most of the financial burden. Simultaneously, the majority of COVID deaths have been among people aged over 65.

The issue of age segregation is both a mental and a physical issue, with both these issues perpetuating the other as the generational communication-disconnect causes a further mental disconnect and reduced intergenerational empathy. The disconnect also allows stereotypes and generalisation to be left unchallenged, as generations spend more time apart.

The physical disconnect is growing as more young people move into gentrifying city neighbourhoods, while the concentration of older people in suburbs and rural areas is increasing. This means that the customary “meeting point” for intergenerational discussion occurs where both parties only view each other on screens, further weakening the understanding between generations.

The generalisation that sprouts from this disconnect, and which is often perpetuated by the media, leaves us with misconceptions. What about the 40% of over-65s who voted Remain in 2016? It seems unfair just to make age-based assumptions which fail to represent the diversity within generations. Do we believe that lumping all Boomers as intolerant Brexiteers helps us progress towards more harmonious generational relations?

Statistically the younger people are, the more left-leaning they are. In their youth, Baby Boomers were one of the generations who protested against Vietnam, oversaw the second wave of feminism, headed up the civil rights movement and went in their thousands to Woodstock.

Where do we go from here?

Breaking down age barriers and facilitating greater cross-generational interaction is vital to our collective sense of wellbeing, especially when the issue of loneliness seems to be having a profound effect on both young and old.

Creating space where both Millennials and Boomers, and anyone in between, can connect will benefit those involved and create a more healthy and less divided society. While generational differences exist, there are also vast areas of common ground where greater intergenerational socialising will help the different generations, such as Boomers and Millennials, to see the other generations for what they are: people. We need to bury the generational hatchet.