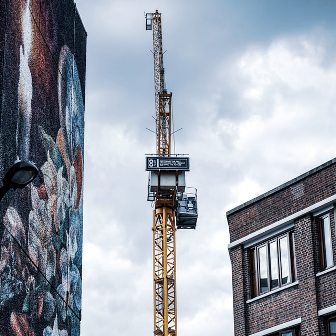 The UK government has announced a wide-ranging set of reforms to the planning system, which it believes will lead to more homes being built and widen access to homeownership for first-time buyers.

They claim that these reforms will radically simplify the current system, making it quicker, easier and cheaper for housing developers to build homes. However, critics of the reforms have argued that they represent a so-called “developer’s charter” which will erode democratic accountability over planning and result in less affordable housing being developed, while also possibly lowering the quality of the new homes that will come onto the market.

What is the government proposing to do?

The government’s reforms, which have now been put out to public consultation, appear to be designed to move the English planning system somewhat closer to “zoning” systems which operate in some other countries, where land is designated into different “zones” which have different rules governing what can and cannot be built there.

Under the government’s proposals, land will be divided into three categories: “growth”, “renewal” or “protected”. If land is designated for “renewal”, councils will be expected to look favourably on new developments. In “growth” areas, new homes, hospitals and schools will be allowed automatically. Areas of outstanding natural beauty and the green belt will come under the “protected” category, while the proposals also say that “beautiful buildings” will be given special priority (although how this will work in practice is unclear).

The White Paper proposes that all new streets should be tree-lined and “all new homes to be carbon-neutral by 2050, with no new homes delivered under the new system needing to be retrofitted”. The plans also include the “first homes scheme”, to provide newly built homes at a 30% discount for local people, key workers and first-time buyers; this could help younger buyers get onto the property ladder, although the discount is supposed to be maintained in perpetuity (i.e. they can only sell this home on at a 30% discount to its market value in the future).

One of the most controversial aspects of the plans is that the way developers contribute to the cost of building affordable housing and new local infrastructure will be changed. The government is proposing to introduce a national charge for developers – replacing the existing Section 106 agreements and the Community Infrastructure Levy – to fund projects such as schools, roads and GP surgeries, and there is supposed to be a fixed proportion of affordable homes in a development.

These proposals come on top of the recent relaxation to permitted development rights in England, which permit homeowners to add additional storeys to their homes without needing full planning permission, and allow vacant commercial premises to be demolished and converted into other types of building such as housing under the same mechanism.

Instead of having to apply for full planning permission, applicants will only need to receive what’s called “prior approval”, which is a much lighter-touch set of rules where the existence of the new development is already accepted in principle, and planners have few powers to block it.

Will these reforms lead to more housing for first-time buyers?

The government’s main rationale for pursuing these reforms is that they want to get more housing built for first-time buyers and other groups who are finding it difficult to access homeownership.

Whether these changes to the planning system will actually deliver a larger number of homes which first-time buyers can afford is open to question. And even if it does, will they be the kind of homes which young adults actually want to live in?

Although IF is highly concerned about solving the housing crisis which is facing young adults, we also strongly believe that new housing needs to be of a high enough standard to enable its occupants to enjoy a good quality of life. Although they might result in more housing units being built overall, moves to deregulate the planning system are accompanied by the risk that they will simply lead to additional units of very low quality being developed.

From this perspective, the loosening of the rules surrounding the conversion of vacant shops to residential units is a particular cause for concern, given the mounting evidence that the last major expansion of permitted development rights, which permitted the conversion of vacant offices to residential units (passed in 2013), has resulted in large numbers of low-quality dwellings being developed.

A report which IF published last year which analysed the new homes that were being developed after this change went into effect showed that the number of new homes that were less than 37 square metres had risen almost fivefold between 2013 and 2018.

Additionally, research into the impacts of that change which was undertaken by a team of academics from UCL showed that 80% of the new office-to-residential conversions investigated were smaller than would be allowed under the National Space Standards (which homes built under permitted development rights are exempt from), and 70% lacked adequate light or ventilation.

Overall, it’s clear that the government’s reforms to the planning system need to strike a delicate balance between, one the one hand, making it easier for developers to build new homes and, on the other, not creating large numbers of new homes which no-one with any say in the matter would want to live in. There is a clear and present danger that we may end up with the latter outcome if these reforms aren’t designed and implemented in a sensitive and nuanced fashion.