For pandemic preparedness, every country best adopts an economic demography strategy, writes Lauren A. Johnston, Research Associate, SOAS, University of London. China’s unique long-run approach is very much shaped by its demographic history, and its responsibilities towards its ageing population. 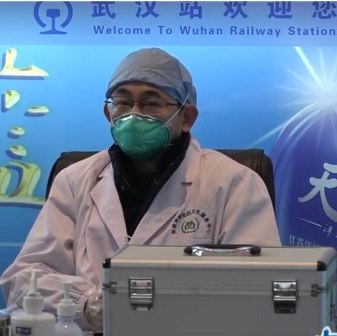 The COVID-19 pandemic has so far, in terms of human fatalities, hit advanced economies harder than poor economies. This is partly explained by the fact that fatality rates are especially high among the elderly. Since richer countries tend to be “older” countries, fatality rates hence have tended to be higher in richer countries, or at least the worse affected of them, including France, Italy, Sweden, the United Kingdom and United States of America.

Poorer countries have been hit hard economically however, with trade, tourism and remittances brought to a standstill concurrent with health-related fiscal outlays pushing out the fiscal envelope just as tax receipts dry up. Even if poor countries are lucky to escape a high COVID-19 death toll, the economic impacts will shatter many lives and dreams, nonetheless.

China, a rapidly ageing upper-middle income economy has coped relatively well with COVID-19, both in terms of limiting fatalities and also in that it is likely to be one of few countries this year that has a positive annual rate of growth. Underpinning China’s resilience is not just recent experience of pandemics, including SARS, and an authoritarian governance structure. Underneath these headlines sits a long-run approach to managing economic and demographic change concurrently – an economic demography transition strategy.

In 2018, for the first time ever, the world became home to more persons aged over 64 than under 5 (see this World Bank link for list of countries by share of population aged 65 and above). The proportion of seniors, those aged over 59 years in China’s case but more typically 65 years and over, is growing more quickly than any other age group.

This epochal demographic change reflects the march of the demographic transition: the process through which the total fertility rate and mortality rates fall, and life expectancy rises across countries. Significantly, the demographic transition is also taking off at increasingly low per capita income levels, thanks to globalisation enabling the sharing of technology and medical innovation. Hence, by 2050 some 80% of people aged 60 and over will be living in developing countries.

As the world’s population ages rapidly, and newly, and the COVID-19 pandemic reminds us of the importance of institutional and economic preparedness for shocks, it seems timely to better understand China’s approach. Not in order that all countries equivalently adopt China’s approach, and nor in praise of China either. In this case because it serves as a potentially useful reference point that could better inform policy-making across other countries, rich and poor, and young and old, alike

In the mid-20th century China experienced political instability, adverse climatic shocks (drought), and high rates of family formation – the total fertility rate was some six births per woman. These helped to sow the seeds of famine and further political uncertainty. In the 1970s policy-makers began encouraging families to have fewer children, by starting families later, waiting longer between children, and having fewer children over all – the Longer Later Fewer campaign. By 1980 this evolved to a much more draconian One Child Policy, which was implemented with varying consistency for some four decades thereafter.

A consequence of those falling total fertility rates is that today China has a rapidly ageing population. Since policy-makers presumably feel somewhat directly responsible for this intensified population ageing period, they have – unusually in a global context – also been preparing for it for decades. And even more so since realising, in the mid-1980s, that China would get old before it could ever hope to get rich.

Until the 1990s most countries “getting rich” (entering the high per capita income group) did so when their populations were young. The more recent earlier onset of demographic transition, however, has shifted this: most countries now tend to get “old” first – before any hope of getting rich. In Economic Demography Matrix (Table 1) terms, that is, earlier successful industrialisers moved straight from “PY” (poor-young) to “RY” (rich-young), and eventually on to “RO” (rich-old). Early in the “PY” stage China realised it would need a strategy – different to that which all its role-model East Asian industrialisers had used – in order to get from PY to PO and then to RO. Fear that getting old first (being “PO”) would stall progress to get rich has resulted in Chinese policy-makers and academics thinking about the relationship between the economy and demography for decades – where most countries have not.

It is not possible in this blog to sum up China’s entire four-decade-long such strategy. In sum, however, the strategy can be understood as having had two periods: (1) the period from around when the One Child Policy was introduced and China’s “opening and reform” agenda began – when China was worker-rich (1980–c.2010); (2); a later period when China would be worker-poor but would (at least aim) instead to be newly worker-quality-rich (c.2010–2049) (the latter year, 2049, marks the year China has set for realising its greater modernisation goals).

In the first period, China focused investor incentives on capturing its low-wage demographic dividend period. This helps explain how and why China became the “factory of the world”. Indeed, in general China was willing to sacrifice labour standards and the environment to capture the economic fruits of putting its few-decades-long period of cheap plentiful labour to work for national development. In the process they too, however, enjoyed income gains, especially those living in coastal areas and those having been able to work in cities and along the coast also.

The key to understanding China’s economic demography strategy is that the preparation for the second period took place in the first period.

In sum, while China’s lesser educated and mass labour force was at work, greater attention was paid to making sure the next generation of fewer workers would be more educated on average than their predecessors, the One Child Policy generation especially. This would enable them, at least theoretically, to be more productive per capita than the generations before. And hence, when China’s population started ageing rapidly, national development and modernisation – the process of getting rich – would not be derailed by fewer workers and the weight of the rising number of old.

Similarly, institutions for providing for and managing an aged population began being set up from the early 1980s, although China then was still “young” and most old were then taken care of by their families. Gradually, over the years, best efforts have been made to build pension-related and health-related infrastructure. The system is far from perfect: pensions for the poorest are meagre at best; healthcare can be inhibitive in cost. There is, nonetheless, something of a basic and work-in-progress architecture – by long-run design, and set up to ensure that a large population share of old would not undermine productivity and national development. In China the related numbers convert to literally hundreds of millions of pensioners.

Finally, as its working-age population share falls (since around 2010), China has been pushing more intensively and rapidly into more capital-rich sectors: robotics, higher-end manufacturing and services. This reflects efforts to shift from worker quantity to worker quality-driven growth and productivity. In addition, policy focus is also putting more emphasis on financial services, in pension-related areas especially, and healthcare innovations. Where healthcare and tech innovation can achieve a win-win for supporting China’s ageing population, it is especially welcomed.

Concurrently, as it gets older at home, China is increasing its outbound investment. China became a net outbound investor in 2014. It is investing in a range of countries, but prominently under its flagship Belt and Road Initiative in developing countries in sectors that it is no longer competitive in at home or has lesser need for – for example, labour-intensive textile industries and the construction of transport and energy-related infrastructure.

China’s approach in the post-COVID-19 context

COVID-19 has brought demographics into the mainstream. Not only are the risks in failing to be able to provide for an ageing population now, tragically, more starkly evident, but so too are the challenges of generating sufficient resources. The need to provide for the old while not derailing future growth and the prospects of the next generations is also now more apparent: who can attend to the sick if there are an insufficient number of doctors and nurses, and with an economy not able to provide a sufficient number of hospital beds and emergency protective equipment? As populations age, these trade-offs will become even more intense.

China does not have all the answers. It just happens that, thanks to having implemented draconian population planning, its policy-makers have been thinking about these economic and demographic trade-offs – and their interdependence – for decades already. Each country has its own economic demography circumstance. And each country’s economy and population are respectively growing or contracting at a unique pace, and with unique interaction between them based on politics, social insurance expectations and so on.

COVID-19 offers a rare window to review that economic demography status quo. China offers a window for understanding the challenge of economic demography over time. Also, it offers an example of a long-run policy approach that seeks to provide some level of insurance for all generations without derailing long-run economic development and progress.

Further resources (and all references therein):