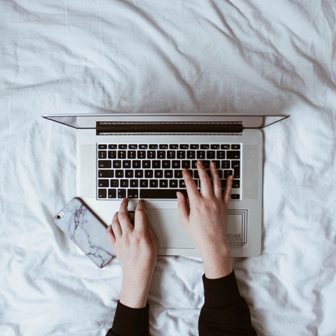 As the COVID-19 crisis drags on, an increasing amount of discussion is taking place about what the “post-COVID” world might look like. A topic which has generated a lot of debate is whether the societal lockdowns which have taken place in the UK and most other advanced countries might lead to a permanent shift towards a much higher proportion of the workforce doing all or most of their work from home rather than commuting to an office.

Already, there is some evidence that working from home might become much more routine than it had been previously for large numbers of workers. Several big corporations have indicated that they are happy to let their staff, who began working remotely during the lockdown, carry on doing so for the foreseeable future. It’s also likely that workers living in major cities who rely on densely packed public transport to get to their normal offices may simply not be able to commute while social distancing remains necessary.

The interesting thing about this issue is that it could potentially have major ramifications for where workers choose to locate themselves in the future, which would in turn affect our economic geography and housing markets in equally significant ways. Given that the cost of housing is also one of the key issues of intergenerational fairness in the UK and many other countries, the implications that working from home might have for intergenerational fairness are worthy of further exploration, which this article will attempt to provide.

For many workers, getting used to working from home has been one of the biggest challenges that the COVID-19 crisis has presented them with. According to the Office for National Statistics (ONS), data that were collected prior to the COVID-19 crisis from the Annual Population Survey suggested that only about 1.66 million adults in the UK were mainly working from home under normal circumstances, and overall about 30% of the workforce said they had ever worked from home in their lives (although the proportion who said they worked from home part of the time had been increasing over recent years).

We can infer from this that the vast majority of employers still weren’t keen on letting their staff work from home, despite the tremendous improvements in technologies which were designed to facilitate remote-working that had occurred in recent years – such as cloud-based apps, video-conferencing software, project-management tools, and virtual desktops which enable workers to log in to their workplace computers over the internet.

Although there are many workers for whom work has either completely stopped or been significantly reduced by COVID-19, arguably the pandemic’s biggest impact on the labour market has been the shift towards working from home among those who are still working. According to data which have been collected by the ONS since the lockdown began, almost 50% of the UK workforce was working from home in mid-April. This may have reduced a bit since then as the lockdown has eased slightly, but it is still likely to be much higher than it was prior to the beginning of the outbreak.

This radical increase in the number of workers who are working from home has already prompted a keen debate about whether things will ever go back to the way they were before. Some large companies have already indicated that they may not go back to corralling large numbers of workers together in the same building, having seen that they can still produce the same quantity and quality of work which they used to produce without having to spend vast sums of money on renting and maintaining expensive city-centre offices. A recent BBC article featured a very good discussion on this theme, highlighting that the cost of office real estate is a big incentive for employers to move in this direction.

The interesting question which this raises is what it would mean for cities in the long term. Over the past few decades, the growth of the knowledge economy has seen a great revival in urban living in most countries around the world. London is a case in point: although many people are unaware of this, London’s population actually fell continuously between 1939 and the early 1990s as the city was buffeted by waves of deindustrialisation, which took away its main source of jobs. However, once the city really managed to reinvent itself as a centre of white-collar employment it began to rebound, attracting ever larger numbers of employers and highly-skilled workers because of so-called “agglomeration effects.”

This is the idea in economic geography that cities tend to grow because some initial growth generates a virtuous feedback loop which keeps on generating more and more growth in the future. Once an industry has become particularly successful in a certain place (such as film-making in Hollywood or car-making in Detroit), it tends to be beneficial for other firms in the same industry to locate there because that place will have a deeper pool of specialised workers, specialised supply chains will become orientated around it, and there will be positive “spillover effects” between rival companies which operate in the same industry as workers and ideas move between them.

The more workers who choose to live in a city, the wider the range of social and cultural amenities it can support (such as restaurants, theatres, nightclubs, shops and so on), which will in turn go on to attract more people who want to live near those things. Positive agglomeration effects are generally used to explain the rapid growth in both population and the share of national GDP that London and other major cities have witnessed over the past three decades at the expense of smaller towns and cities, particularly in coastal areas and former industrial parts of the North and Midlands.

For young adults in the UK, London (and some other large cities to a lesser extent, such as Manchester or Newcastle) clearly exerts a very strong appeal, as it is the place which offers them by far the widest range of higher-paying job opportunities and also access to an incredibly wide range of cultural experiences.

As population data from the Greater London Authority show (see Fig.9 in that report), London is a net importer of adults aged between 20 and 30 (i.e. more arrive each year than leave in that age group), and a net exporter of people in every age group above 30. This most likely reflects the pattern of young adults moving to big cities when they leave education, and then moving to more suburban or semi-rural areas when they want to buy homes and raise families.

A place in the country?

Positive agglomeration effects mean that cities are good at raising workers’ and firms’ productivity and generating overall economic growth. However, the downside of them is that they can lead to negative externalities from too many people and firms competing to live in the same small areas, such as high house prices and office rents, expensive and overcrowded transportation systems (particularly if people start living further and further outside the city proper and commuting in to it), and a generally higher cost of living.

The rising cost of housing in big cities is one of the main drivers of intergenerational inequality in the UK, as young adults have been priced out of being able to buy homes by high competition and the failure of housing supply to keep up with demand, particularly in London and the wider South East. Research which IF published last year showed that the proportion of their total weekly expenditure that was taken up by housing and utility bills rose by 20% for households where the HRP (Household Reference Person – the person responsible for the accommodation, or in whose name the dwelling is owned or rented) was aged under 35 between 2001–2 and 2016–17, which was partly driven by the increasing tendency of young adults to live in London and other big cities over this period.

Meanwhile, the social mobility charity the Sutton Trust argued earlier this year that London’s housing costs had made it too expensive for young workers from poorer backgrounds to move there, denying them access to good jobs and holding back both geographical and social mobility.

This is the main reason why a world in which a much larger share of the white-collar workforce works from home could potentially be better for intergenerational equality. Rather than crowding into London as soon as they graduate from university in search of a highly-paid job, and spending nearly two-thirds of their money on rent and transport in order to do so, it’s conceivable that well-paid graduate jobs that used to be geographically based in London could be open to anyone who lives anywhere in the country with access to a quick enough broadband connection.

This is far from certain to happen: agglomeration effects are powerful, and also young people might still want to live in big cities even if they don’t have to for work reasons because of the other social and cultural benefits which cities can provide. However, a large-scale shift towards home working could have the potential to disrupt the UK’s economic geography in profound ways, potentially enabling young people to live much further outside London and still have some of the benefits which they currently get from physical proximity to it.

While this may sound unlikely, very few people who looked at London in the early 1980s would have been able to predict that both its population and house prices would explode over the next thirty years, yet that turned out to be the scenario which unfolded. The idea that, in a post-COVID world, the next generation of workers might not have to live in big cities to get access to good jobs has some quite radical implications which deserve to be investigated in more detail.