Last Monday marked the beginning of Children’s Mental Health Week. The spotlight this year is on early interventions through school-based support. IF researcher Melissa Bui outlines the importance of early intervention through the school system as well as in other settings 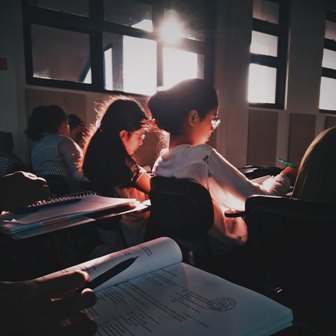 One of the world’s largest mental health trials, which aims to gradually introduce mental health support services in up to 370 schools, was launched this week. This fits comfortably with the theme for Children’s Mental Health Week (CMHW) this year – “Find Your Brave” – which focuses on encouraging schools to help their students with managing their emotions as they transition through life.

This is a welcome step forward – one that prioritises early intervention over a reactive approach to treatment where action is only taken once a diagnosis is received or when their symptoms become more severe in later life.

Around 13% of children aged between 5 and 19 in England have at least one diagnosable mental health disorder. That is, around a million young people at any one time.

Around half of all cases are diagnosed by the age of 14. Lack of treatment for these young people can increase the likelihood of adverse long-term consequences, including lower educational attainment, unemployment, more severe mental and physical health problems and suicide.

These reasons alone should be enough to justify investing more time and resources in children’s mental health purely on moral grounds. Nevertheless, in the current context where different issues compete for places on the political agenda, it is also important to consider why this would be beneficial from an economic perspective.

Research suggests there is a large price tag associated with poor treatment of children’s mental ill-health. Insufficient treatment at the early stages of the disorders can lead to more severe symptoms later in life and subsequently require greater spending on disability benefits, unemployment benefits and medical treatment.

In the words of Councillor Judith Blake, Chair of the Local Government Association’s Children and Young People Board, early intervention can also mean introducing a systematic procedure for “helping [children] and their families cope with challenges before they escalate” even before they are diagnosed.

The school environment provides one of the most obvious opportunities for this. Place2be, a leading provider of mental health support in schools and the organiser of the Children’s Mental Health Week, wants schools to play a role in removing any stigma associated with asking for help.

Currently, there are no statutory requirements on schools to make specific provision for those with mental health needs. There is also no specific obligation on local authorities to fund local authority mental health support for children beyond the individualised needs outlined in a young person’s Education, Health and Care plan.

But the newly introduced Link Programme may help to change this. Run by the Anna Freud National Centre for Children and Families, the programme aims to introduce different mental health services whilst collecting data in schools to develop evidence on the effectiveness of different types of school-based interventions. It is one of the largest trials of its kind, aiming to reach up to 370 schools over the space of four years, and is projected to cost the Department for Education a total of £9.3 million.

The types of interventions include mindfulness exercises, relaxation techniques and breathing exercises as well as sessions with mental health experts to help children “regulate their emotions”.

Gaps in NHS services for children must not be forgotten

Although school-based interventions may reduce the pressure on NHS mental health services, there is still an urgent need to improve access to treatment for children. Just last week, Anne Longfield, the Children’s Commissioner for England, released a report claiming there was a “chasm” between children’s mental health services and needs.

Despite the benefits of treating mental health disorders early on, when it comes to spending, the NHS prioritises the mental health of adults. According to the report, NHS spending per head on child mental health last year was less than half of what was spent on adult mental health: £92 versus £225 respectively. These estimates only represent the average; when looking at the how resources are allocated across the nation, it has been revealed that where spending per adult never falls below £125, the average spend per child has been found to be as little as £14.

NHS figures suggest that children are being left behind as a result. Over a third of children referred to children’s mental health services by GPs, schools or parents were still on the waiting list at the end of the 2019. The average waiting time for children was two months after referral.

Thus, while interventions like the Link Programme are certainly welcome, there is still a lot of work to be done outside the context of schools. This refers not only to improving access to NHS mental health services for children but also to diversifying the sources of help available.

In response to their mental health consultation earlier this year, the Department of Health found that not all young people want to receive help from schools. Receiving support through other means, such as community-based projects, may be the preferred route for some.