British politics is currently extraordinarily divided. Yet, surprisingly, there seems to be one thing that both Labour and the Conservatives agree on – raising the minimum wage for younger workers. David Kingman takes a look at what this could mean 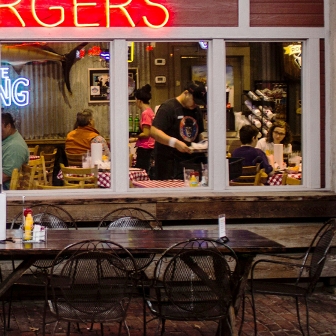 British politics has rarely been more divided than it is right now, according to most observers. As the nation gears up for its third general election in just over four and a half years, many are worried that the major parties agree on so little that British politics is in danger of becoming fundamentally broken, with seemingly little to unite them on Brexit, welfare reform, the economy or much else besides.

However, rather surprisingly there does appear to be one policy issue on which there is a remarkable degree of overlap between both Labour and the Conservatives: raising the minimum wage, and expanding the number of workers who would be eligible for it by removing the age restrictions which currently govern what someone doing low-paid work has to be paid.

This article will provide an overview of how we got to where we are in minimum wage policy, what the two major parties are proposing, and what it might mean for younger workers in particular.

The National Minimum Wage: how did we get here?

Until 1999, the UK was somewhat unusual among other countries in Northern Europe for having no statutory minimum wage rate. The Labour Government that was in power decided to implement one in order to try to improve the living standards of low-paid workers.

At the time, this policy was quite controversial, with the Conservatives opposing the move on the grounds that there was a risk it would actually harm low-paid workers by making them more expensive to employ – thus causing increased levels of unemployment.

Referring to it as “the minimum wage” is actually slightly misleading, because there are now six different rates which various categories of workers are eligible for. In each case, the government sets the minimum wage floor which employees in each category have to be paid per hour, although employers are of course free to pay their workers more than this if they want to.

The “full” National Minimum Wage rate used to apply to all workers who were aged 21 or over. However, in 2015 Conservative Chancellor George Osborne introduced the “National Living Wage”, which is a higher rate that specifically applies to workers above the age of 25.

Having marked its 20th birthday earlier in 2019, the National Minimum Wage is considered to have had a huge impact, with around 7 million workers (about 30% of the UK total) now having their wages affected by it each year. Crucially, the Low Pay Commission argues that no negative effect on employment rates has so far proved detectable.

What are Labour and the Conservatives proposing to change about the National Minimum Wage?

In a nutshell, Britain’s two largest political parties have both promised to increase the National Minimum Wage rate overall and to remove some of the age thresholds which were described above, so that a large number of young workers would be eligible for the full amount. This is a move which IF has long argued for, as demonstrated by our annual submissions to the Low Pay Commission’s public consultations on the National Minimum Wage rates.

At the Conservative Party Conference earlier this year, Chancellor Sajid Javid surprised many observers by promising to increase the National Living Wage to £10.50 within the next five years, and make the full National Living Wage available to all workers who are aged over 21, rather than just over-25 as is the case now.

Although these proposals were quite radical, they are still less ambitious than what Labour is promising to do: earlier this year, Jeremy Corbyn pledged that if Labour get elected they will almost immediately increase the National Living Wage to £10 per hour (which would be an increase of over 20% in one go), and they will extend it to cover all workers aged 16 and over.

Under either scenario, workers who receive the full National Living Wage (that’s all over-21s under the Conservatives’ plans, and over-16s under Labour’s) would have the benefit of probably the highest minimum wage rate in the developed world as a proportion of average earnings. This is would be genuinely uncharted territory for any minimum wage rate policy.

There are two ways in which raising the National Minimum Wage is likely to help younger workers.

Firstly, it would obviously put more money in their pockets: Labour has argued that their proposal could see workers aged 16 and 17 who work full-time in a minimum wage job earn about £2,500 more each year. Secondly, it would remove the anomaly that younger workers can currently be paid less than someone who is a few years older than them for doing the same work, which may make them feel more valued by the organisations they work for and give them a larger incentive to seek employment.

However, it is also important to sound one or two notes of caution regarding these proposals. As mentioned above, this would be uncharted territory, so its potential negative effect on employment has to be a consideration. So far, the UK’s minimum wage appears to have done an excellent job of maintaining historically high levels of employment whilst also raising the wages of the lowest-paid, but it cannot be assumed that the minimum wage can go on rising exponentially without it negatively affecting employment rates.

It is also worth pointing out that many low-paid workers are already paid more than the legal minimum for their age group, especially workers in the youngest age categories, so not all of them will enjoy as large an uplift in pay as the headline figures might suggest.

On top of that, the growth of self-employment (which is partly due to the so-called “gig economy”, that disproportionately employs younger workers) may also be blunting the impact of the minimum wage because self-employed workers are not entitled to it, so this is another phenomenon which the Low Pay Commission needs to keep an eye on in the future. A further shift towards higher self-employment among younger workers would clearly be a potential negative externality of higher minimum wage rates.

Overall, we should welcome the unusual degree of political consensus which seems to exist ahead of the 2019 general election over raising the minimum wage for younger workers, but we also need to be mindful that it does not reach every young worker.