Measuring the number of people who are affected by the housing crisis is very complicated, for a variety of reasons. David Kingman looks at a new piece of research by the National Housing Federation which attempts to quantify the numbers 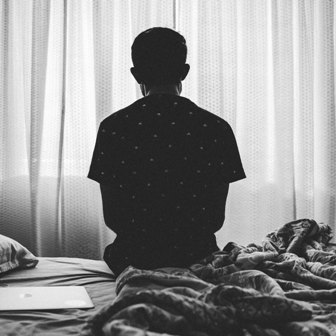 The equivalent of almost one-in-six people in England (8.4 million in total) are likely to be affected in some way by the country’s dysfunctional housing market, according to a recently released piece of original research undertaken by the National Housing Federation (NHF).

This is a very interesting finding, which suggests that the impacts of the UK’s housing crisis go far beyond some of the groups who are often held up as its most obvious victims, such as people sleeping rough in city centres across Britain, as the consequences of poor housing affect a very large share of us in some way or another.

This blog will look at the NHF findings in more detail and then discuss some of the issues which make counting the number of people who are affected by the UK’s housing crisis rather difficult.

What does the NHF research show?

The NHF teamed up with a group of academic researchers based at Heriot Watt University in Edinburgh, who analysed data from Understanding Society, an annual survey of 40,000 UK individuals which collects a very wide range of data about their personal circumstances and living arrangements.

They identified a range of undesirable predicaments which are associated with unaffordable, poor-quality or unstable housing, and simply tried to estimate the number of individuals who are currently confronted with each one. Their results suggested that:

●       2.5 million are in “hidden households” they cannot afford to move out of, including house shares, adults living with their parents, or people living with an ex-partner;

●       1.7 million are in unsuitable housing such as older people stuck in homes they cannot get around and families in properties which have no outside space;

●       400,000 are homeless or at risk of homelessness – including people sleeping rough, living in homeless shelters or in temporary accommodation, or sofa-surfing.

These categories were designated in such a way that it was possible for the same households to belong to more than one of them simultaneously; for example, it seems quite likely that there would be some overlap between the people who are living in poor-quality homes and the ones who are overcrowded.

A place to call home

A few interesting observations immediately jump out from the NHF’s findings.

Firstly, it’s striking that they estimate that only about 400,000 people fall into the category of actually being “homeless or at risk of being homeless”, which includes people who actually sleep rough. Obviously, this is a high number in absolute terms (although it’s also the finding from the research about which we should be most uncertain, for reasons which are explained below), but in relative terms it’s far smaller than the number of people who are living in unaffordable or overcrowded homes, for example.

The presence of rough sleepers in towns and cities makes homelessness highly visible, but this research provides a reminder that the majority of the victims of the UK’s housing crisis – people forced to live in poor-quality or overcrowded accommodation – experience it from behind closed doors.

As IF has long argued, there are millions of bedrooms in homes which are being “under-occupied” (we estimated there were 25 million such bedrooms in our 2011 research report on the subject). The NHF’s inclusion of older people who are “stuck” in homes which are too big for them among their groups who are being disadvantaged by the housing crisis recognises that this is an important part of the problem which all to often gets overlooked.

A broader issue which this new piece of research highlights is the difficulty of measuring the number of people who are disadvantaged by the UK’s housing crisis, especially if they either live in an “invisible” or “concealed” household, or could be considered homeless.

With growing numbers of people, especially young adults, living in unconventional domestic arrangements (such as staying with their parents, staying with friends or sofa-surfing) because of high house prices, more of the people living in the most precarious or potentially risky housing arrangements have become harder for people collecting data on housing to identify. That is clearly significant if we want housing policy to address this problem, given the old adage that “what gets measured is what gets done.”

It’s partly for this reason that estimates of people living in the most vulnerable housing situations vary widely. This piece of research from the NHF estimated that there are around 400,000 people living as homeless or at risk of homelessness in England alone, whereas Shelter estimated last year that there are only 320,000 such people in the UK as a whole.

Unrecognised homelessness is a problem which appears to disproportionately affect young adults. Just looking at London, a piece of research published by the Greater London Assembly in 2017 estimated that young adults are the group who are most likely to be affected by so-called “hidden homelessness” – meaning they have no reliable, secure fixed abode but aren’t officially recognised as homeless, often because they are single without children, and therefore not a category of people who are in “priority need” for re-housing.

The GLA report estimated that 225,000 young people in London have stayed in “an insecure or unsafe place because they had nowhere safe to call home”, and 20% of 16 to 25-year-olds sofa-surfed in 2014 (of whom half did so for over a month at a time, suggesting it was a long-term arrangement). However, due to a combination of lack of awareness about the system and expecting to be turned down in advance, fewer than one in five young adults in this situation actually make themselves known to a local authority, which means they are likely to go uncounted.

One of the recommendations that the GLA report made to the government was to collect more reliable data on people in temporary and insecure types of housing who aren’t officially homeless to help work out what the true scale of housing need really is.

The BHF argues that, on the basis of its figures, England needs to create 340,000 new homes every year, including 145,000 social homes, to meet current housing demand, which is higher than either the government’s current housing targets or many other estimates. But one thing this report helps to emphasise is that unless we get more precise data, the true scale of housing need in the UK will be difficult to assess and anticipate.