Under the current minimum wage legislation, younger workers in the UK can be paid less than somebody who is older than them for doing the same work. David Kingman looks at the economic arguments for designing the minimum wage like this, and the prospects of change in the future 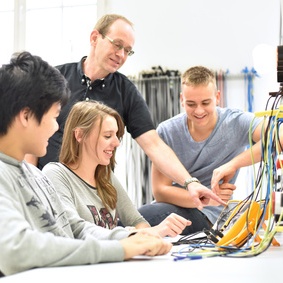 Although the occasion passed without a great deal of fanfare, the UK’s minimum wage recently celebrated an historic milestone – the 20th anniversary of when it first came into force in April 1999.

Minimum wage legislation has had a huge impact, with almost one in three workers (30%) benefiting from its influence each year. Its impact is felt both directly, by those workers who are paid at their relevant minimum wage rate, and also indirectly, because of spillover effects which occur when employers increase the pay of other workers to maintain the pay differential between them and their lowest-paid staff.

Despite being highly controversial in the beginning, with its opponents claiming that it would raise unemployment by pricing low-skilled workers out of the labour market, the policy is now regarded as a huge success by most experts for having significantly boosted the earnings of low-paid workers without creating higher unemployment.

However, one aspect of the current minimum wage architecture which remains a source of contention is the fact that there are multiple different wage rates which are applicable to workers of different ages. Proponents of how the policy is currently designed claim that this is necessary to avoid increasing youth unemployment, whereas some its critics argue that it is discriminatory to allow employers to pay younger workers less for doing the same work.

This is an important debate, especially given that there seems to be mounting political pressure to both increase the minimum wage more rapidly and also change how the different age-related rates are designed. This article will examine the arguments on both sides.

Referring to it as “the minimum wage” is actually slightly misleading, because there are now six different rates which different categories of workers are eligible for. In each case, the government sets the minimum wage floor which employees in each category have to be paid per hour, although employers are free to pay their workers more than this if they want to.

The “full” National Minimum Wage rate used to apply to all workers who were aged 21 or over. However, in 2015 George Osborne introduced the “National Living Wage”, which is a higher rate that specifically applies to workers above the age of 25.

While this system may seem quite complicated, the Low Pay Commission makes a number of arguments in its favour.

Firstly, the main reason is that younger workers usually have higher unemployment than the population average, and there is evidence to suggest that being unemployed is worse for you when you are younger.

Research has shown that a bout of unemployment near the beginning of your working life can have a “wage-scarring” effect which means you are likely to still be earning less than your peers who didn’t experience unemployment even when you’re in your 40s.

As younger workers have less experience, all things being equal, they are more vulnerable to losing out to older workers if they are both competing for low-wage jobs.

The Low Pay Commission argues that even though the National Minimum Wage Rates which apply to younger workers are lower, they are actually more generous than the rates for older workers because their “bite” is higher for their respective age-groups.

Thirdly, the data which the Low Pay Commission collects indicate that a relatively small proportion of the eligible workers are actually paid at their relevant age-related National Minimum Wage rate, with the majority being paid above this. This suggests that while the National Minimum Wage is doing its job of creating a wage floor which protects the living standards of the lowest-paid workers, it is not holding back the pay of the majority of the workers in the youngest age groups.

Lower pay for the same work

However, IF believes there are strong reasons for changing the current system so that younger workers are paid the same rate as older workers for doing the same work. We outlined these in our recent submission to the Low Pay Commission’s annual consultation on the minimum wage rates which will apply from April 2020.

We argued that minimum wage rates need to reflect the wider socioeconomic pressures facing younger workers, who are burdened to a greater extent than any other age group by the cost of living, and specifically the high cost of housing.

Currently, 2.5 million young people are not living with their parents, which means that they are likely to face similar living costs to anyone who is over the age of 25. Another significant point is that in 2016 almost 17% of children were born to mothers under the age of 25, so a significant proportion of younger workers who have children will have similar living costs to their older counterparts.

We also argued that it is discriminatory for younger workers to be paid less for doing the same work than someone who is a few years older than them. Under the present system, a 17 year-old can be doing exactly the same work as a 28 year-old and still be paid less money.

If an 18 year-old has a 40 hour per week full-time job where they are paid at the 18–20 NMW rate, they could earn over £4,200 per year less than someone who was earning the full NLW rate for doing the same job or one that was very similar.

Research has suggested that employers themselves do not believe it is fair to pay workers differently on the basis of how old they are: according to a survey of 4,000 HR managers which was commissioned by The Young Women’s Trust, 79% of employers think there should be equal pay for two workers who are doing the same job regardless of their ages, with 77% of employers which represent small and medium-sized organisations agreeing with this viewpoint.

Although one of the rationales for the current system is that younger workers tend to be less productive than older ones because they have fewer skills, findings from the same survey suggest that 80% of employers also thought that younger workers make either the same or a larger contribution within their workplace as older workers, which suggests they may not actually be less productive.

Additionally, the UK minimum wage system is relatively unusual among other advanced countries for having so many different rates.

Not all advanced economies have statutory minimum wage levels, but amongst the ones that do, Belgium and Germany have both abolished their separate age-related minimum wages in recent years, and France and the Republic of Ireland both have minimum wage regimes where wage levels are related to a worker’s level of experience rather than simply their age (for example, French workers who are aged over 17 can be paid 90% of the full minimum wage as long as they have less than 6 months relevant work experience, but if they possess more experience than that they must receive the full minimum wage rate).

Many other European countries with age-differentiated minimum wages have much smaller gaps between what you can pay 17 year-olds and the full minimum wage (such as  Ireland, where workers under 18 are entitled to 70% of the statutory minimum wage, whereas in the UK the hourly 16–17 rate is less than 54% of the NLW and under 57% of the 21–24 hourly rate).

Moreover, the UK is unusual compared with other European countries with age-differentiated minimum wage rates in that it sets the threshold for eligibility for the highest rate at the age of 25; with the exception of Greece, most other European countries set the highest rate at either 18 or 21 years-old (as used to the case in the UK until the introduction of the NLW).

Clearly, not all countries which have a statutory minimum wage agree that setting a lower rate for younger workers is a worthwhile trade-off in return for preventing youth unemployment, and even among the ones which do employ a similar system to the UK there are disagreements about how it should be designed and implemented.

No-one knows what level NMR could rise to before it would start having a negative effect on employment, yet political pressure to make the minimum wage more generous appears to be mounting.

This is because, although the minimum wage has successfully increased the pay of the lowest paid workers, the UK still has millions of workers who are “trapped” in low pay following the “lost decade” of pay growth which came after the Great Recession.

At least in theory, raising the minimum wage floor by government fiat is one of the easiest ways for whichever party is in power to put more money in voters’ pockets. This has led to the current situation where both of the UK’s major political parties appear to have begun competing with each other to see who can offer to increase the minimum wage more quickly.

During his 2018 Budget speech, Chancellor of the Exchequer Philip Hammond announced that he has commissioned a world-renowned academic expert on minimum wage policy, Professor Arin Dube, to research the feasibility of having a higher minimum wage.

There has been media speculation that Philip Hammond specifically wants to target a minimum wage which would be worth 66% of median earnings, a level that would be unprecedented in any advanced economy. Although no details have been provided yet on what this would mean for the age-related minimum wage rates, presumably they would also have to increase in order to maintain similar differentials to the ones which exist at present.

Meanwhile, Labour leader Jeremy Corbyn has explicitly committed himself to increasing the minimum wage to £10 per hour for all workers (which would also represent a big step into the unknown), and fully abolishing the age-related minimum wage rates by 2020.

Although the minimum wage has been a successful policy over the past 20 years, it appears that the current system by which minimum wage rates are set could be on course for a shake-up, regardless of which party is in power.