There’s a suspicion that lots of Millennials need supplementary jobs to make ends meet, or to prosper. David Kingman looks at the reality of side-hustling 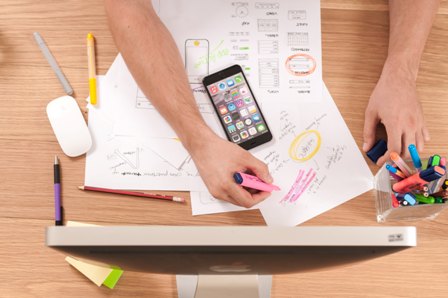 Merriam-Webster.com, the website of the august American dictionary, has a delightful article which explores the meaning and origins of the term “side-hustle” in remarkably exhaustive detail. The opening paragraph is worth reproducing in full because it manages to not only provide a working definition of this term but also to indicate why it seems to have enjoyed a notable increase in currency over the past few years:

“Side-hustle is a word on the move, and we are watching it. Although the precise definition of this term is still in a bit of flux, it appears to be centering on ‘work performed for income supplementary to one’s primary job.’ It serves as a fine example of how a word may be in consistent but limited use for some considerable length of time, remaining mostly dormant, before taking off when it fits some linguistic need.”

According to some commentators, having a side-hustle is now all the rage – particularly among the Millennial generation – both for pragmatic reasons (because of declining job stability in more traditional forms of employment) and as a lifestyle choice (as supplementary jobs can enable workers to pursue their passion projects without necessarily having to forgo the security of a stable income). Most of this commentary focuses upon very modern examples of side-hustles which have been facilitated by recent technological innovations, such as driving for Uber or making some money as a vlogger in your spare time, but is this really an accurate perception of how people with side-hustles make their money? And if the perception that more people are working side-hustles than in the past is accurate, should we be sanguine about this development, or does it raise important questions for public policy?

The age of the “Employed-Preneurs”?

BBC News recently ran an article about the growth of side-hustles in the UK which focused on three people as case studies, all of whom are in their twenties: James, who earns money from three different jobs as a teacher running educational workshops, a professional drag queen, and a freelance estate agent (although presumably not all at the same time); Becci, who juggles working in customer support for a telecommunications company with running a small business selling DIY embroidery kits; and Eliza, who combines running an art gallery as her main job with having her own sustainable jewellery brand. The article strongly suggested that all of them have, to a greater or lesser extent, chosen to forgo having only one job in order to do things which they find interesting and creatively stimulating.

Media coverage of side-hustlers generally seems to focus upon people who are in this type of position, for whom their side-hustle is largely a matter of choice, and for whom it represents self-empowerment and self-actualisation. Indeed, from the point of the view of semantics, “side-hustle” nearly always seems to be used to refer to someone who has a second source of income because they want one, rather than either because they can’t make ends meet just through working at one job, or because they are so concerned about the instability of their main job that they feel they need a back-up plan just in case they are relieved of it.

Is this the real picture? Both the incidence of side-hustles and the range of different people’s motivations for pursuing them appear to be an area in which there is relatively little robust data, and some of the data and analysis which does exist appears to tell divergent stories. Last July, a new research report from Henley Business School at the University of Reading called The Side Hustle Economy produced some remarkably high estimates about the incidence of side-hustles: on the basis of a nationally representative survey of 1,100 UK adults over the age of 16 they advanced the claim that we are living in the era of “Employed-Preneurs”, based on their finding that 25% of all UK adults have a side-hustle (specifically, this statistic seems to refer to people who are either employed or self-employed in a main job with either a side business or another revenue-generating activity as a side-hustle; people who worked multiple different jobs within the same sphere, which presumably included more traditional forms of freelance and/or contract-based work, were not counted).

The Henley Business School researchers estimated that people’s side-hustles generate £72 billion a year for the UK economy, or 3.6% of the UK’s GDP. The most common types of side-hustle which they identified were craft-related businesses (like two of the ones mentioned in the BBC article referred to above), book writing, stock market investing, buying and selling things online and either blogging or vlogging (all business areas in which the internet has either created completely new opportunities to generate revenue or dramatically disrupted existing ones). Interestingly, while they did identify a strong relationship between age and the likelihood of someone having a side-hustle, it was not just the Millennials who were enthusiastic side-hustlers; 34% of survey respondents aged between 35 and 44 (i.e. the oldest Millennials and youngest members of Generation X) also said they had a side-hustle, which was the same percentage as among those aged 16–24.

The other big takeaway from this study was that effective side-hustling is clearly quite hard work: a quarter of the workers who had a side-hustle said that they regularly work more than 50 hours a week, although the researchers argued that the majority of side-hustlers said they thought having an extra job made their lives more challenging and fulfilling. For those who can make side-hustles pay, they can also be lucrative: the average side-hustler claimed to make 20% of their annual income out of their side-hustle, although the report didn’t express this figure in cash terms so we can’t get a more accurate picture of their living standards.

However, a rather different impression of the world of side-hustling was given by a 2016 research report from the Resolution Foundation, Double take: workers with multiple jobs and reforms to National Insurance, which argued on the basis of data from the official quarterly Labour Force Survey that only 3.6% of UK workers currently hold multiple jobs, and that this share has declined since the mid-1990s. Furthermore, this research argued that the majority of people who work multiple jobs are working in much more traditional parts of the economy than is commonly supposed, such as education, health and social care, arts and sports, hairdressing and bar work, and that only a small proportion of side-hustlers actually earn enough from their second job to be potentially eligible for National Insurance if that was their only job. Interestingly, they also found that the two most common age ranges for having multiple jobs were 25–29 and, perhaps surprisingly, 45–54, which again suggests that the picture of side-hustling being dominated by Millennials doesn’t give us a full understanding of what’s going on.

How can we reconcile these different impressions? There is clearly an issue of defining what counts as a side-hustle: it would appear that the Henley Business School researchers used a broader definition of a “job” which deliberately sought to exclude more traditional freelance and contract-based forms of employment from their study (i.e. self-employed workers who worked for multiple employers within the same sector during the period of the study) in order to focus on people who have a clearly-defined main job which is either employed or self-employed and some kind of additional income stream on the side, which might be either employment or self-employment or not fit into either of these two boxes (such as the side-hustlers who said they do stock investing or rent out property, for example).

More generally, it does seem as though this could be an area where the official statistics on the UK labour market are struggling to maintain pace with the changing nature of work, and – given that the living standards of young adults could be disproportionately determined by these less traditional forms of employment – it would be beneficial for policy-makers to have a much more comprehensive picture of precisely who does them and how much they earn.