A recent research paper by the Health Foundation raises serious concerns about the negative forces that may be adversely affecting the health of the UK’s young adults. David Kingman looks at the findings 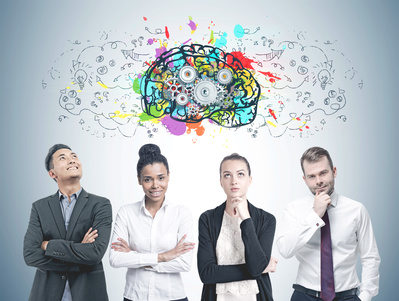 The health of the next generation in the UK should be of pressing concern to policy-makers, politicians and healthcare practitioners, seeing that today’s young adults represent Britain’s future workers and leaders. It is also especially important given that there is much evidence to suggest that early infant and childhood health has a strong deterministic impact on the level of health and wellbeing that a person is likely to enjoy as an adult.

From this point of view, some of the recent evidence about the health of Britain’s younger generation is concerning: the recently-released findings from the latest Health Survey for England (a household survey commissioned by the NHS which interviewed a nationally representative sample of 8,000 UK adults and 2,000 UK children) found that the children of obese parents were around three times more likely to be obese themselves than if their parents were a healthy weight; a different survey which questioned 130,000 five- to sixteen-year-olds found that a third of them were doing less than 30 minutes of exercise per day; and the Children’s Commissioner for England, Anne Longfield, warned earlier this year that levels of mental ill-health among young people had reached epidemic proportions, as 20% of girls have a diagnosable mental health condition by age 14.

Given the significance of this issue, it’s important that we know as much as possible about what determines young people’s health (for good or ill). The Health Foundation, one of the UK’s leading health-focused think tanks, recently published the latest results from a long-running project which was set up to investigate the extent to which wide-ranging socio-environmental factors influence young people’s health, in order to propose policy recommendations to improve the situation. What have they found?

A Place to Grow

The Health Foundation’s research was titled A Place to Grow, and was the second report in a major research initiative which they’re running over two years called the “Young People’s Future Health Inquiry”. The Health Foundation describes this as “a two-year research and engagement programme exploring the support 12–24-year-olds need to enter adulthood with the core building blocks for a healthy future.”  They published their first report as part of this inquiry earlier this year, which was called Listening to our Future, and it made the argument that access to four social and economic assets during childhood has a powerful deterministic impact upon the quality of a person’s health as an adult. These are:

It also made the point that too many young people aren’t able to access these assets, which is leading to a growing risk of widening health inequalities in the future.

With A Place to Grow, the Health Foundation investigated how young people experience the four factors which were identified during this earlier piece of research in their actual day-to-day lives, and what barriers exist to stop them from accessing these four factors. To investigate this, they convened an engagement exercise which involved over 600 young adults aged between 16 and 24 and lived in five distinct areas around the UK: Lisburn in Northern Ireland, North Ayrshire in Scotland, Denbighshire in Wales, and Bradford and Bristol in England.

In each of these areas, the inquiry created a team of “peer researchers” in the locality: young people aged between 14 and 24 who were already embedded in their own local community who were supported and trained by the Health Foundation to undertake peer research workshops (consisting of between 8 and 10 meetings within each locality that involved up to 120 young people, where they were asked about their experiences of growing up and developing the four assets listed above). Then a series of follow-up telephone interviews were undertaken with people in leadership roles in each of these communities, such as youth club leaders and local service providers, to get their perspective on how easy it is for local young people to develop the four assets and the barriers which they face to acquiring them. The findings that were obtained by the peer researchers were then presented back to the inquiry during a series of visits which the inquiry team made to each of the case study areas in late 2018, and were then distilled into the final report.

The findings from this engagement exercise raised a number of important issues to do with the relationship between an individual’s health, his or her family circumstances, the wider place and community in which they are embedded and socialised, and changes in broader society and the economy.

The Health Foundation summarised their main findings from the engagement exercise in five key points. Firstly, a theme which emerged strongly was the sense of place; many of the young adults said that they were proud of their local identity and felt a deep connection with the place in which they lived, but there was a rising awareness in many of the areas that, as young people got older, many of them might have to move somewhere else in order to access better educational and employment opportunities in the future, which would be socially dislocating. Place is therefore important in safeguarding the health of young adults.

Secondly, the economic problems facing families (especially parents) were highlighted as an important theme, with some of the young people saying that they felt unable to get the support they needed from their parents and other family members because they were experiencing intense economic strain, such as working in multiple part-time jobs in order to make ends meet. This suggests that conditions within the labour market can have knock-on effects for children’s health, particularly where parents find it more difficult to access stable, secure full-time jobs, even if they might not actually be unemployed.

Thirdly, transport is a big issue for many young adults, who find that expensive or inconvenient public transport options in their local area are a barrier to accessing work and educational opportunities, which in turn can have a knock-on effect on their health by making it harder for them to achieve success in the labour market in the future.

Fourthly, cuts to youth services were highlighted as a serious issue in many communities, particularly services which exist to deal with young adults’ mental health problems, as these services help to equip young people with additional skills and life experiences which might not be available to them at school or in the home.

Finally (and this was perhaps one of the most interesting findings), many of the young people highlighted increasing pressure to do well at school – within an educational system where performance is often judged narrowly on academic results – as a key source of pressure that they were facing, particularly on their mental health.

These findings demonstrate that health is a very complex topic which has multiple dimensions, and needs to be viewed in social, economic, geographical and educational terms. They also suggest that many of the determinants of young people’s health are heavily place-based, which may present a challenge to policy-makers who are used to designing policy interventions in ways that don’t take sufficient account of how multiple different strands of policy from different government departments all impact on the same local communities at once. The Health Foundation is planning to present its own policy proposals for improving young adults’ health to policy-makers in 2019, which will mark the culmination of this important strand of work.