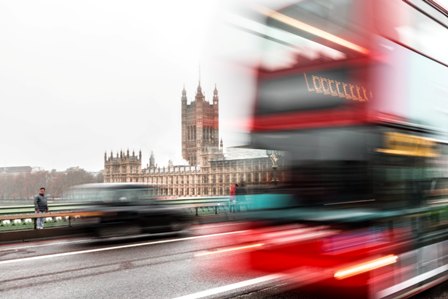 Budget Day 2018 has already managed to generate plenty of debate, most of which has centred on the precise meaning of the phrase “end of austerity”. Can austerity really be over? And is the extra money which the Chancellor has allocated to fund the NHS – the totemic measure which is supposed to demonstrate that austerity really is over – worth £20.5 billion or £84 billion (or both at the same time)?

Millennial Rail Cards notwithstanding, at first glance the 2018 Budget might not appear to have had all that much to offer young adults. However, as with most big economic policy announcements (or “fiscal events” as they’re known in the trade), once you delve into the weeds of detail you quickly discover that all the policies that were announced have major distributional consequences, creating different groups of winners and losers according to levels of income, wealth, gender, race, region – and age. The goal of this blog is to explain in more detail how the policies that were announced will affect younger and future generations, so that young people can make a better-informed decision for themselves about whether they’re happy with the hand that the Treasury has dealt them.

Like practically every single analysis of the 2018 Budget, this article needs to begin with one absolutely massive caveat: the Chancellor admitted beforehand that he might have to tear it all up and start again in a few months’ time if the UK exits the European Union without a transition deal in place next March. The near-term future of Britain’s economy would be thrown into such uncertainty if this happens that there’s no way of knowing what the Treasury might do to try and stabilise the situation (not to mention that many pundits think a no-deal Brexit might trigger a general election, which could result in John McDonnell holding the levers of power when it comes to economic decision-making, rather than Philip Hammond). IF has no institutional viewpoint on whether this scenario would be better or worse for younger and future generations; it’s just to point out that Brexit remains the great known unknown in British politics.

So, with that being said, what could the measures that were announced in the 2018 Budget mean for young people if we assume that they are all fully implemented as planned?

The first thing to say is that, looking at the “big picture” which Chancellor Philip Hammond painted during his Budget speech, the macroeconomic situation facing young adults is still far from rosy.

Looking on the bright side, average wages are finally growing faster than inflation again after a decade of stagnation (which affected workers in their 20s more than any other age group), and the UK’s so-called “jobs miracle” is forecast to continue (a further 800,000 net additional jobs are expected to be created between now and 2022); this means that for young adults who are just beginning their careers, youth unemployment is significantly lower than it was a decade ago at the height of the economic crisis, and there is evidence that very low unemployment is finally starting to put a bit of upward pressure on wage growth (also helped along by the government’s programme of increases in the National Living Wage rate).

However, overall economic growth is still forecast to remain subdued for the next five years: having averaged 2.8% per year between the Millennium and the onset of the crisis in 2007, it is forecast to average only 1.5% between now and the end of 2023, and – as it is a rising GDP which ultimately improves living standards over the long term – this really isn’t good news at all.

The other thing to say about the macroeconomic picture is that on current forecasts government debt is projected to have peaked as a share of GDP at 85.2% in 2016/17, and is on track to fall to 74.1% by 2023/24. In many respects, this represents the key intergenerational conundrum of the Budget. This is excellent news for younger and future generations if you take the view that it is immoral to saddle our children and grandchildren with having to pay off huge debts which they themselves played no part in creating. However, there are also many people who would argue that this has only been achieved off the back of an austerity agenda which has unfairly harmed younger people, through significant cuts to all sorts of government services which either directly or indirectly affect them (e.g. all the cuts to working-age benefits which have hit families with children, the removal of Education Maintenance Allowance, the replacement of government funding for universities with higher student debts etc.). It is such a salient matter that whether you think the 2018 Budget was fair to younger and future generations largely comes down to how you view this issue.

The final thing that needs to be said when it comes to the big picture is that the vexed question of whether the Chancellor can really claim that “austerity is coming to an end” or not also has an intergenerational dimension to it. The Chancellor argued that austerity is coming to an end because he has committed to increase total public spending by 1.2% from the spending review next year in real terms, but he later admitted that virtually all of this increase will be taken up by Prime Minister Theresa May’s much-publicised pledge to allocate an extra £20.5 billion per year in real terms to the NHS. In other words, the meaning of austerity has been selectively edited so that it will no longer apply to the NHS – but practically all other areas of public expenditure will either see flat spending in real terms or face further cuts on top of those they have already borne since 2010.

This choice has major distributional ramifications in relation to public spending on different age groups, because NHS spending is always disproportionately beneficial to the current older generation, as older people consume the most NHS services; if increasing its funding is partly dependent on imposing deeper cutbacks on areas which cater more to young people such as education, youth justice and the parts of local government which don’t enjoy statutory protection then austerity clearly isn’t over for them.

Of course, public support for increasing spending on the NHS is generally very high among all generations when social attitudes surveys are carried out, so this may be a series of trade-offs which voters of all ages are willing to swallow, but voters deserve to at least have the facts presented to them more clearly by those in power so that they can understand the important decisions which are being made on their behalf.

The pound in your pocket

But what do the measures that were announced in the Budget speech actually mean for young people in an immediate, day-to-day sense?

The most eye-catching measure in this regard was the Chancellor’s decision to bring forward planned increases in the personal allowance (the amount of income you can earn before you become liable for Income Tax), so that it will increase from £11,850 to £12,500 in April 2019, 12 months earlier than planned; the higher-rate Income Tax threshold will also rise to £50,000 from the same point, although obviously very few young adults are lucky enough to be in this earnings bracket. This measure will save the average working Millennial a few hundred pounds a year by slightly lowering their effective tax rate, although (as well as being generally regressive from a social justice point of view) its implementation was a sign that the Chancellor is hostile towards doing anything that could be perceived as increasing taxes for large groups of people, which means that progress towards harmonising the National Insurance treatment of people above state pension age with those who are below it remains unlikely to happen in the near future.

In contrast to earnings, the other issue that has a huge impact on Millennials’ living standards, housing, wasn’t subject to any dramatic policy interventions in the 2018 Budget speech. While a number of measures were announced – Help to Buy was extended for another two years, Stamp Duty was abolished for the relatively small number of first-time buyers who purchase shared ownership properties, and the Housing Infrastructure Fund was granted an additional £500 million in government funding – it remains to be seen how big of an effect the measures that were announced will have on the key issue, which is housing supply.

Two new policies were announced on housing supply, either of which could have quite a big impact further down the line: firstly, the government followed through on its plans to loosen the cap on how much local authorities can borrow to build affordable housing, which might lead to councils taking a bigger role in building new homes (although one of the problems with this is that local authorities still don’t have much incentive to do so if the Right to Buy stays unreformed, because the first tenants could simply buy their affordable property at a discount and sell it at full value in a few years’ time); and secondly, it pledged to reform planning laws to make it easier for retail units in struggling high streets to be converted into housing.

Obviously there are significant concerns about the quality of new housing which this could lead to if the government deregulated too far; but given the number of major high street retailers which have gone (or are going) bust, and the demand for housing in most city centres, it should be possible to kill two birds with one stone and still produce perfectly decent homes for people to live in.