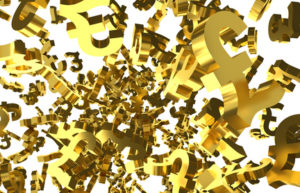 The defining economic moment of the 21st century so far, the 2008 global financial crisis, began 10 years ago this summer. As most people are aware, the crisis compelled central banks around the world, including the Bank of England, to adopt extraordinary fiscal measures to try and stabilise the global economy. Principally, these involved cutting interest rates to virtually their lowest-ever level (near zero across the developed world), and the highly unconventional programme of quantitative easing (QE) (central banks buying government bonds so that private investors must put their money into other kinds of asset instead, to try and stimulate the economy).

These measures have persisted practically ever since 2008, creating almost a full decade of unprecedented macroeconomic conditions in which many Millennials (defined as those born between 1980 and 2000) have come of age. Like any macroeconomic policy, this is bound to have created different winners and losers within the economy, and now sufficiently large amounts of data are available for economists to begin to estimate precisely how its consequences have unfolded. This enables researchers to have a go at answering the question of whether monetary policy has had an impact on intergenerational fairness over the past ten years, or whether other factors have been more at work. What is their current state of thought?

A team of researchers who work for the Bank of England itself have recently published a paper which was relevant to this debate, although they were specifically interested in whether monetary policy had widened overall inequality between wealthier and poorer households of all ages rather than looking specifically at generational inequalities (although some of their findings addressed these too). Using the Bank of England’s fiscal model and data from the Wealth and Assets Survey, they examined the effect that monetary policy had on overall inequality between 2008 and 2014.

In a nutshell, the core of their argument is that post-2008 monetary policy can’t be evaluated in a vacuum, but instead must be considered in comparison to the counterfactual scenario where monetary policy remained unchanged after 2007. They argue that with the significantly higher interest rates and no QE which that would have entailed, national GDP would have been 8% lower in 2014 than it was in practice, while unemployment would have been 4% higher; asset prices in general would have been 25% lower and property prices in particular would have sunk by 20% (although these are all estimates which include significant uncertainties, but the general trends are clear).

Fundamentally, they concluded that monetary policy had very little impact on overall levels of inequality throughout this period, which is what they expected to find because other analysis has already shown that most measures of inequality (such as the Gini Coefficient) remained stable (although it’s worth pointing out that this also means that monetary policy didn’t do very much to ameliorate income and wealth inequality in the UK throughout this period, which remain high compared to other developed nations).

You would expect looser monetary policy to have different impacts on people of different ages because it inflates the value of pensions and housing – which tend to belong to older people – while reducing the interest available to savers (who also tend to be older than average) and cutting the cost of servicing debt (which tends to be held by younger people). In the section of their report which looks at generational differences, the Bank of England researchers essentially argue that intergenerational inequalities are stark and have increased since the global financial crisis, but they would have done so by even more if it wasn’t for loose monetary policy.

Using data from the Wealth and Assets Survey, they argue that the average household where the head of household is under the age of 40 saw their income decline by around 3% in real terms between 2006/08 and 2012/14, whereas households in which the head of household was above the age of 65 saw theirs rise by about 13%; however, the Bank’s researchers argue that in reality the younger households would have seen their income fall by 15% had loose monetary policy not been pursued (because of higher unemployment among this age group), while the gain enjoyed by older households would have been even higher, at about 17%, under the same circumstances (presumably because of higher incomes from annuities and fixed-income securities like government bonds, which have been greatly suppressed under the current policy).

Meanwhile, they argue that although older households accrued significant gains in asset inflation (they estimate the average household headed by someone aged 55–59 enjoyed a £150,000 windfall in real terms, mainly from the higher house prices and pension values), this merely propped up prices which would otherwise have fallen. In other words, their conclusion is that monetary policy may have helped to preserve the gap between different generations, but it didn’t drive them much further away from each other than they were already.

What would it take to reverse inequality?

The conclusions which were reached by the Bank of England invite a couple of reflections. Firstly, there is an important way in which lower interest rates have also harmed younger workers, which is that low returns on savings have also made it significantly more difficult for them to get on the housing ladder in the first place. This is important, because while one group of young people (who will predominantly be those that came from wealthier homes in the first place and had more family wealth to draw on, given the large number of housing transactions which involve the “Bank of Mum and Dad”) will have benefited from cheaper mortgages once they could get over hurdle of raising a deposit, a different group is finding that monetary policy has worked against them by making it harder than ever to save the necessary amount (a trend compounded by falling real wages for Millennials over the past decade and higher deposit requirements being demanded by most lenders). This helps to explain why so few Millennials own their own homes compared to previous generations, despite them being in a position to enjoy much cheaper mortgages.

Secondly (and more importantly), it does also rather raise the question of, if we are so concerned by inequality, what would it actually take to achieve a big reduction in it. All things being equal, you might have expected an extremely severe recession to have actually reduced generational inequality simply because wealthier older people had more wealth to lose than younger ones who hadn’t had as much time to accumulate wealth yet (especially given that this recession was centred on the housing market, and rising property wealth had been such a significant driver of rising generational inequality during the previous period), but this was clearly not what happened: the Wealth and Assets Survey shows that before the recession in 2006/08 households headed by someone aged 60-62 had six times as much property wealth as those headed by someone aged 30-32, but by 2014/16 the gap had widened to 16 times. The Bank of England’s research suggests that this was partly because loose monetary policy propped up existing house prices, even if it didn’t actually inflate them further.

There is some evidence – although this is a bone of contention among economic historians – that the Great Depression of the 1930s reduced inequality in the USA, while what might be called the catastrophism school of thought on this subject, recently articulated by Walter Scheidel, essentially argues that major crises are the only events which have dramatically reduced inequality throughout the history of civilizations. Although the Bank of England may well have been right to adopt loose monetary policy (and had few other options under the circumstances), the fact that a major correction in house prices was avoided is clearly one of the reasons why generational wealth inequalities remain so high.