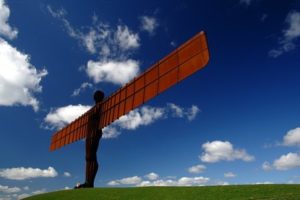 Children and young people in the north of England are “too often left behind”, according to a recent report from England’s Children’s Commissioner Anne Longfield. This viewpoint helps to illuminate the very significant question of how intergenerational inequality – the gap between different generations – is intertwined with, and may continue to exacerbate, the UK’s stark regional disparities, which are often referred to using the shorthand term “North-South divide”.

The children being left behind

Most people are probably aware to some extent that London and the South East are much wealthier than all the other regions of the UK, although the precise scale of the difference – and the actual spatial pattern of regional inequalities in the UK, which is somewhat more complicated than the notion of the North-South divide would suggest – would probably surprise them. According to Professor Philip McCann in his book The UK Regional-National Economic Problem: Geography, Globalisation and Governance, the spatial inequalities found in the UK are among the most extreme in the developed world; while London is, on some measures, the city region which generates the highest GDP in Western Europe, the poorest regions of the UK have levels of economic productivity which more closely resemble impoverished parts of Eastern Europe.

The ONS’s programme, which measures regional gross value added (GVA) in the UK (the regional equivalent of national GDP), puts these inequalities into stark relief. In 2015 (the latest year for which they are available), London and the South East collectively produced 37.6% of the UK’s entire GVA, vastly more than either the poorest English region (the North East, which generated just 3%), or almost three times the entire economies of Wales (3%), Scotland (7.6%) and Northern Ireland (2%) added together. Expressed in terms of GVA per capita, the figure for each London resident (£43,629) is over twice that for the North East (£18,927), or the equivalent figures for Wales and Northern Ireland too. The pattern which is illustrated by these figures is echoed with striking similarity across a wide range of other socio-economic phenomena, such as life expectancy, obesity, suicide rates and levels of smoking.

Although the North-South divide is generally well known, something which is less well publicised is that in recent years a significant gap has also developed between different regions in rates of social mobility. As the report from the Children’s Commissioner emphasises, children who come from relatively disadvantaged backgrounds in London are now much more likely to climb the social mobility ladder than their counterparts in poorer English regions (even though the overall level of social mobility in the UK as a whole remains fairly low), a trend which the report puts down to divergent rates of improvement between northern and southern state schools.

The report includes the striking statistic that a child who is poor enough to qualify for free school meals in Hackney, one of London’s poorest boroughs, is now three times more likely to go on to university than a child who grows up equally poor in Hartlepool in England’s North East. In addition, it shows that children who receive free school meals in London are now 40% more likely to achieve grades A*-C in English and Maths at GCSE, a very important benchmark in educational attainment. The Children’s Commissioner suggests that a range of factors lie behind the relative underperformance of too many northern schoolchildren, including: lower levels of cognitive development at the point when they begin school compared to their southern counterparts; the fact that more than half of the secondary schools serving the North’s most deprived communities are judged to be less than “good” by Ofsted; and the problem that much larger numbers of northern young adults leave education before 18 than in the South (which is presumably both a cause of low levels of university entrance, and an effect of poorer education at earlier ages).

The link with intergenerational inequality

The UK’s regional inequalities have worsened especially dramatically since the 1980s, when widespread deindustrialisation in Britain’s former industrial heartlands was accompanied by the massive growth of the financial services sector and related white-collar industries that were primarily concentrated in London. This trend has been accompanied by the increase in intergenerational inequality that began to occur from the mid-1990s onwards, when average house prices started taking off (granting an enormous windfall to their predominantly middle-aged owners) and final salary pension schemes in the private sector started to be closed to new members – trends that were accompanied by the widespread slowdown in Millennials’ wages once they started entering the labour market in large numbers throughout the years before the 2008 recession.

What is the relationship between these two trends? It can be argued that they are intimately related because, although practically all Millennials have been born into a macro-economic environment which is going to make it significantly harder for them to acquire wealth (in the forms of housing and pensions) than it was for most of their parents and grandparents, Millennials who live in poorer areas are on average going to find it significantly harder than their counterparts from wealthier ones. Simply put, it seems inevitable that family wealth is going to matter more for determining the quality of life for this generation than it did for previous ones, and that has profound geographical implications because of the highly unequal distribution of wealth across the country.

Numerous studies have appeared over recent years that have emphasised the increasingly important role that family wealth plays in determining your social status in modern Britain; a recent contribution came from the insurance firm First Direct, which found from doing a survey of 2,000 Millennials that 66% of them are expecting to receive an inheritance from their parents, and 43% expect to use it to pay off pre-existing debts. This points to the same trend as a piece of research that Legal & General published last year, which showed that the “Bank of Mum and Dad” had contributed to 57% of all property purchases made by the under-35s across the country.

Yet it will only be parents who have significant asset wealth to draw on (who will predominantly be property owners in London and the South East) that can afford to assist their adult children with acquiring substantial asset wealth of their own. According to the latest ONS figures, half of all households in the South East region have assets worth over £380,600, while the equivalent figure for Greater London is £316,600; that compares with just £163,000 in the North East.

Looking across the piece, you could argue that young people from poorer backgrounds in the North of England risk being hit by a double whammy of both regional and generational inequality: firstly, because they live in areas where children from poor backgrounds do worse at school and are less likely to go on to university than poorer children who grow up in wealthier ones; and secondly, because the macro-economic scales are tilted against this entire generation. But it will be the young people from poorer backgrounds with less family wealth to cushion them who will feel its effects most acutely. Intergenerational unfairness possesses a strong geographical component which we can’t afford to ignore.

Photo: The Angel of the North, sculpture by Antony Gormley. Photo by David Wilson Clarke –  CC BY 2.5, https://commons.wikimedia.org/w/index.php?curid=969306