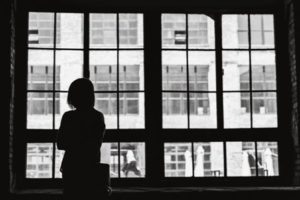 Loneliness, a social problem which is often more closely associated with older people, is also a significant problem among young adults, according to a new piece of research that was undertaken by a young peoples’ mental health charity. How bad is loneliness for the Millennial generation?

Recent years have a seen a growing (and extremely welcome) amount of additional attention being paid to the extent of loneliness as a social problem by the medical profession, government and media. Last year, the high-profile Jo Cox Commission on Loneliness (named in memory of the deceased Labour MP) said in its final report that loneliness affects 9 million people in the UK, and being lonely is as bad for the average person’s health as smoking fifteen cigarettes a day.

Although the Jo Cox Commission addressed the issue of loneliness among all age groups, there remains a generally held perception that it is mainly a problem which affects older people, who are more likely to become socially isolated if they are no longer working or can’t easily leave their own homes. However, some earlier research had shown that it is also a highly significant problem affecting younger generations as well. A survey that was undertaken by the Mental Health Foundation in 2010 found that 18–34 year olds were more likely than the over-55s to feel lonely often, to worry about feeling alone, and to feel depressed because of loneliness. Discussions about loneliness among young adults tend to focus on the role that is played by social media, which may exacerbate loneliness and social isolation by making young people feel inadequate when they see other people enjoying themselves and being successful; or it may possibly help to combat it by enabling them to meet new friends and form connections that they wouldn’t otherwise have done. Current research into the subject is inconclusive, with some evidence to support both viewpoints.

A new piece of research that has recently been contributed to this debate, Loneliness Connects Us (a report which was jointly produced by the young persons’ charity 42nd Street and Manchester Metropolitan University), indicates both that loneliness is extremely widespread among young people, and that its causes and manifestations are somewhat more complicated than has sometimes been suggested. The research, which was carried out by a team of young researchers aged 14–25 who interviewed 140 people in the same age range from diverse backgrounds, found that the young people who said they experienced loneliness and social isolation attributed these sensations to a variety of factors, including: the fear of failure and disappointing others, pressures from social media, major life changes (such as family break-up or moving away from home), living in poverty, and feeling different from their peers (particularly for LGBT youth). Therefore, while the effect of social media was referenced, it is likely that other issues that have received somewhat less attention in debates surrounding young peoples’ loneliness are just as, if not more, important.

A theme which the report highlighted specifically was the impact that society’s expectations have on young peoples’ mental health. Perhaps now more than at any time in the recent past, many young people are made to feel that the only route towards achieving success in life is to do well at school academically and then move on to university, which places substantial competitive pressure on them from a young age. A number of the young adults who contributed to the report indicated that their feelings of social isolation and loneliness were rooted in a sense of having failed to achieve the milestones that were expected of them by society, inculcating a sense of failure. Higher education was also implicated in young adults’ loneliness in another way: despite the image which it enjoys in the media of being an intensely social experience, many of the participants in the research said they first encountered feelings of loneliness when they moved away to university and were separated from their regular support networks of friends and family for the first time.

Expectations also contributed to loneliness in a slightly different way: one of the biggest sources of loneliness which young people reported feeling stemmed from putting pressure on themselves not to fail in the eyes of the people who had supported them in trying to reach their goals in life, such as family members who had made sacrifices to enable them to go to university. There is a significant danger that social isolation and loneliness will set in if these aspirations aren’t achieved, and young people face having to reinvent themselves while other members of their peer group appear to be hitting their targets in life more successfully. Several of the participants who hadn’t succeeded in graduating from university found that they had become more isolated partly because of the lack of well-structured alternatives to getting a degree, which left them trying to pursue precarious low-paid work instead.

The report shows that loneliness is a significant problem that many young people have to try to overcome as best they can, often without access to the kind of support services which would help them deal with the problems they face. Its authors called for a general change in the tone of the advice which is given to young people, which the research suggests is giving them unrealistic expectations about what success in adult life looks like:

“Young people’s exposure in schools to messages of empowerment, hard work, aspiration and resilience and the need to stand on their own two feet and look to themselves alone needs questioning. It has been clear throughout this period of research how powerful media discourses circulate that frame success and failure in achieving one’s aspirations of wealth and happiness in terms of individual’s effort rather than reflecting more complex classed and gendered explanations.”

Of course, the problem of failing to achieve what young people think are society’s expectations of them clearly feeds into and reflects broader intergenerational challenges which are facing the Millennial generation as a whole: while older generations were much more likely to be able to expect to achieve home ownership at a relatively young age, and enjoy more stable relationships and more stable working lives, the reality is that socio-economic change has rendered these objectives much harder for today’s young people to achieve.  Given that society as a whole has moved – and appears to still be moving even further – towards, a far more individualistic and atomised way of life than was the case a few generations ago, the problem of loneliness seems unlikely to go away without concerted action on the part of government and other relevant organisations to try and bring people closer together.