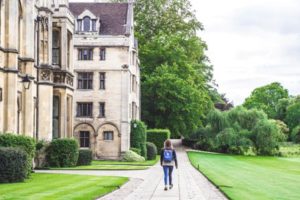 Progress towards making access to higher education more equal has ground to a halt since 2014, according to the latest data from the Universities and Colleges Admission Service (UCAS), the government body which is responsible for processing university applications. Although record numbers of young people are receiving places at English universities, there remain stark divides between those from richer and poorer backgrounds, especially with regard to the most prestigious institutions.

The expansion of higher education has been one of the most profound social changes to occur in Britain during the post-war period. Back in 1950 just 3.4% of the population had participated in higher education, whereas these latest figures show that one in three 17 year-olds (i.e. school-leavers) is now awarded a place at university. However, although education is often assumed to be one of the main engines of social mobility, in reality participation in higher education has tended to reflect existing inequalities in society rather than having a transformative effect on them. In recent years, much attention has been given to the fact that pupils from fee-paying schools are vastly over-represented among the intakes of the most prestigious universities – despite only educating around 18% of sixth formers, pupils from fee-paying schools represent 45% of students at Oxford and 28% at Cambridge – and a number of government initiatives have been launched which aim to encourage more state-school pupils to apply to them.

The UCAS data show just how stark these inequalities are by dividing university applicants into five quintiles of disadvantage using a combination of different factors including social background, ethnicity and gender. When successful applications to university were plotted against these five quintiles, the results reveal just 13.8% of English 18 year-olds who belonged to the most disadvantaged quintile managed to get places at university, in comparison to 53.1% among the most advantaged group. When only Russell Group universities were included in the analysis, the gap was even wider: only around 2.5% of students from the most disadvantaged quintile managed to receive places, compared with almost 25% of those in the top group. Interestingly, the top group were much further ahead of all four of the other groups when only Russell Group institutions were looked at, as they had a lead of around 11% over the next group down, which demonstrates how socially exclusive Britain’s elite universities remain.

These data echo the message which was put out by the National Audit Office (NAO) in its recent, highly critical, report on the English higher education market, which warned that a “two-tier” higher education system was being created in which students from disadvantaged areas who managed to make it to university are largely attending lower-ranked providers, while those from wealthier backgrounds continue to dominate the more prestigious institutions.

Higher education is associated with many benefits for the individual, such as increased earnings, better health and longer life expectancy. Yet it is important to recognise that the dramatic increase in higher education over the past few decades has not coincided with a new dawn in social mobility; if anything, the reverse has been the case, as social inequality has widened precipitously in England ever since the 1980s. As our analysis of the Brexit vote demonstrated, education has become a crucial social and political fault line that stretches across British society, yet there are also clearly vast divides among universities regarding the types of student who they admit and the outcomes of their graduates. Allowing more and more young people to go to university seems to be no panacea for the UK’s class divisions.