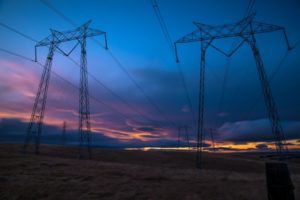 The Hinkley Point C project – the government’s flagship plan to create the first in a new generation of nuclear power stations – has been the focus of sharp criticism from the House of Commons Public Accounts Select Committee, a bipartisan group of MPs who interrogate public spending decisions. Their report claims that taxpayers have been left with an enormous bill for the next several decades because the government failed to pay sufficient attention to achieving value for money, a criticism which echoes IF’s report that looked into the project last year.

“Poorest will be hit hardest”

The Public Accounts Committee were damning of the economic case for building Hinkley Point C, which the government and EDF (its main private sector partner) have claimed will deliver clean, sustainable energy for decades to come while being better value than renewable-based alternatives. Their main criticism is that the deal the government signed with EDF has guaranteed the firm a fixed price of £92.50 per megawatt hour for all the electricity which the plant will deliver over the next 35 years, leaving the next generation of consumers liable to pay the difference if the wholesale price of electricity falls below that level. The Department for Business, Energy and Industrial Strategy now estimates that these top-up payments will amount to at least £30 billion during the lifetime of the contract, an estimate which – because of the rapidly falling cost of renewable energy – has risen fivefold from the original amount when the deal was first mooted.

The report argues that “over the life of the contract, consumers are left footing the bill and the poorest consumers will be hit hardest. Yet in all the negotiations no part of government was really championing the consumer interest,” making the important inference that government funds will presumably need to be diverted away from other areas of public spending in order to keep up these payments.

The report also accuses the government of having no concrete plan in place to realise the tangential benefits of building Hinkley Point, which it has used as arguments in its favour throughout the project’s inception. These include generating new jobs and apprenticeships in the South West of the country, stimulating the UK nuclear industry so that it can deliver a future wave of additional new power stations, and strengthening diplomatic relationships with China through the two state-owned Chinese nuclear power companies which are partially funding the project in partnership with EDF. The report accuses the government of not having any formal plan which will enable it to realise these so-called wider benefits, nor any measure for assessing whether they have been realised or not subsequently.

The committee’s chairperson, Meg Hillier MP, was scathing in her remarks about the implications of the Hinkley Point C deal for voters and consumers:

“Bill-payers have been dealt a bad hand by the Government in its approach to this project… Its blinkered determination to agree the Hinkley deal, regardless of changing circumstances, means that for years to come energy consumers will face costs running to many times the original estimate… Government credibility in this area will inevitably be questioned when – by its own admission – it doesn’t know what UK workers and business will gain from this project, and appears to have no coherent idea of what to do about it.”