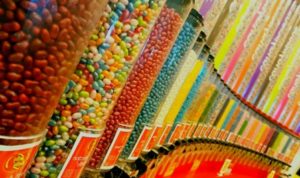 The Association of Consulting Actuaries (ACA), which represents actuaries (the cleverest people in accounting), has surveyed the experts and found that 80% of respondents believe that the old defined benefit (DB) pension schemes are hurting young people. These DB schemes pay a pension which is based upon final salary, goes up with inflation and, critically, is paid for as long as the pensioner lives. So, as life expectancy continues to rise, funding these schemes for retiring workers has become extremely expensive to companies.

Unfortunately, this has come at the cost of the retiring workers’ younger counterparts. With over half of those surveyed saying the costs of their DB schemes are having a negative impact on pay increases, there is good reason to think that the schemes have resulted in companies having less money to pay wages.

These overgenerous pension schemes also directly affect the pensions of younger workers, with many companies saying that the high costs of baby-boomer pensions are making them pay less into newer pension schemes – which young people will receive upon retirement.

Companies have now closed almost all of these DB schemes to new, younger workers, but the financial pressure is forcing them to close off schemes for what they call “future accrual”. The term refers to companies preventing participants in existent DB schemes from contributing further to their pensions in order to limit payments upon their retirement. This change affects older workers who are still in work, as well as younger workers.

The vast majority (84%) of those surveyed said that they want the government to change the law to give employers more flexibility if they are under severe financial pressure. Typically, employers want the power not to increase pension payouts so fast; they want both the companies and pension trustees to be given a say. Bob Scott, Chair of the ACA, says “the vast majority [of companies] expect government support for some greater flexibility to adjust pension increases if they are in financial difficulties.”

Pension tax concessions are enormous: specialists estimate that tax breaks on pensions are typically worth about £36 billion each year (roughly the same sort of figure that will have to be paid as a lump sum to the EU as an exit bill) and that the tax breaks go disproportionately to wealthier, older workers. The actuaries’ survey suggests that most of the ACA’s members want more of this benefit to go to those on lower incomes. Many of those will be younger workers, so it seems that the actuaries are very aware of fairness between different age groups — they even use the term “inter-generational equity” in the title of their press release. But the question remains: will the bean counters be able to get the government to respond to these survey findings?