Nuclear power has massive and worrying implications for future generations. Now even the short-term economic argument makes no sense. Ashley Seager, co-founder of IF, says it’s time to rethink 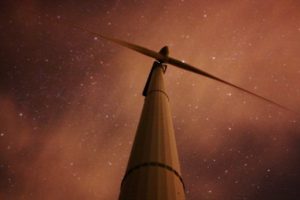 The news made barely a ripple when it came through last week, but for the nuclear industry – not just in Britain but around the world – it was a bombshell which nuked the industry’s argument that the world needs it at all.

IF argued strongly in a research paper a year ago that Britain should scrap all its planned new nuclear power stations, especially Hinkley Point C, on grounds not only of cost but because they would leave a “toxic time capsule” for future generations to deal with.

In that paper IF argued that the falling cost of renewables such as wind and solar power, combined with the massive future cost of nuclear power, meant the country should ditch it unceremoniously.

Now a normally esoteric “contracts for difference” reverse auction held in Britain has driven a coach and horses through the nuclear industry’s arguments that it is a cost-effective answer to climate change.

In that auction, offshore wind companies bid as low as 5.75 pence a kilowatt hour to provide electricity to the UK’s electricity grid. Compare that to Hinkley’s promised support price – underwritten by the government – of 9.25 pence, and the only response can be “whoops!”

Only a couple of years ago, offshore wind was well into double digit pence per kWh to provide electricity. But the industry’s response, like those of other renewables industries, has been astonishing, and hats off to it! Advances in materials sciences have allowed turbine blades in particular to get much bigger. Turbines as large as 15 Megawatts (that’s big!) are in production, twice as big as was thought possible only five years ago.

And they are safely out of sight of rural voters, so arguably the UK’s offshore wind industry is on the verge of something really big. “There is an awful lot of sea out there, and an awful lot of wind,” a source at a large wind farm developer told IF recently.

The new price of offshore wind is down close to the UK’s current wholesale price of electricity, and is likely to go lower. Solar is also now down below the Hinkley Point’s 9.25 pence price, and still falling.

The current government, like previous ones, has been beguiled by the nuclear industry’s attempt to redefine itself as a “low carbon” energy source, even though it is nothing of the kind. Hopefully the government, a supposed believer in competition and free markets as a way of bringing prices down, will now finally recognise the madness of building a whole load of heavily-subsidised nuclear power plants which heap huge and unknown costs and risks onto future generations.

“Ah, but what about baseload power?” you say. Well, that’s another myth – even the National Grid admit that. The falling cost of battery storage means it is now commercially viable, and will continue to be more so, meaning the intermittency of solar and wind will soon be taken care of.

Nuclear is finished, that’s all you need to know.