Recent decades have seen important steps toward equality for different genders, sexualities and ethnicities. But members of one “group” remain second-class citizens. We must broaden our understanding of social membership and take responsibility for the effects of our actions upon those who will be born after we are gone. Rohin Burney-O’Dowd, IF summer intern, investigates. 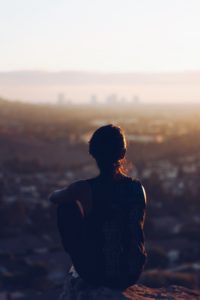 “We are in favour of making people happy, but neutral about making happy people.”

In our personal lives and in our political choices, we act (to varying degrees) upon our own interests on the one hand and the interests of our families, our communities, and strangers on the other. The motivational power of human empathy is finite, and for even the most generous among us it is generally restricted to our contemporaries. When we consider the effects of our actions upon future generations we might feel guilt for the damage caused by our self-indulgence, but often no empathy; we struggle to put ourselves into another’s shoes when those shoes are yet to be filled.

The unborn: power and responsibility

The issue is plagued by paradox: How can an action be morally wrong if it does not harm anyone? How can someone who does not yet exist be considered a holder of rights? Does leaving behind a world with lesser material standards than our own constitute an injustice to the unborn? Indeed, such conceptual difficulties may well be behind our tendency to devalue the lives of those to come in ways to which we would not dream of subjecting our contemporaries.

Just as government ought to act in order to correct market failures, so too should it act to address failures of the human psyche. There is a disconnect between our indifference towards these hypothetical, future people, and the power that we possess to dictate which of them come to exist, and the material resources, environment and opportunities they can access. We ought to design our laws and institutions in order to provide an adequate standard of living for those who are yet to be born. But what does justice demand of us, and what measures can we take to fulfil such duties?

The bliss of ignorance

While a comparative analysis of the grounds for our duties, or the existence of rights for those who are yet to hold an identity, goes beyond the scope of this blog, John Rawls’ approach provides an interesting foundation upon which we can consider the substantive, practical actions that could be taken to ensure intergenerational justice is upheld.

Rawls’ innovative method for identifying the demands of justice is the “original position” under a “veil of ignorance”. He uses a thought experiment in which members from each generation meet to discuss the obligations of those currently living to the generation that follows, but where none of the representatives knows which generation they represent. Thus none are able to advocate advantages for members of their own time period; the representatives are abstracted from their self-interest. Under this veil of ignorance, he argues, representatives would agree to do what is necessary to allow future people to continue to live under just institutions; and, further, that they would agree to leave their descendants as much and as good as had been left to them.

How can we best tie our hands to prevent ourselves from stripping away the veil and succumbing to temptation, greed and short-termism? Though the United Kingdom is a near anomaly in that it lacks a codified constitution, a parliamentary statute outlining the rights of future citizens would set a precedent that could be appealed to in policy matters which have intergenerational implications. An Act of Parliament which included ‘provisions of environmental justice, fiscal fairness and pension sustainability (that) advance the interests of future generations’ would see us join Chile, Czech Republic, USA, Norway and Switzerland in detailing constitutional responsibilities to future citizens. Alternatively, we could follow in the footsteps of Hungary, Israel and the United Nations in establishing a parliamentary representative or an unelected independent body — an Office for Future Generations — which could advocate for “long-term sustainable development policy“.

On an individual level, each of us ought to examine the motivations of our political actions. Too many of us understand and use our votes as a means of registering our personal preferences. Some argue that in each of us doing so, the aggregation of these preferences will bring about a fair compromise between us. But this conceptualisation of political action subordinates those who cannot speak for themselves or register their desires — future generations. Rather than preference aggregation, as Rousseau argues, we ought to vote based upon what we “perceive to be the general will, the common good”. Expanding our own understanding of the common good to include our descendants, and allowing it to inform our personal and political decisions, will undoubtedly be crucial, if our ashes are to be the seeds of prosperity.

Image thanks to Christopher Sardegna