The government’s new air quality plan could mark the end of the road for traditional petrol- and diesel-powered cars. David Kingman explains 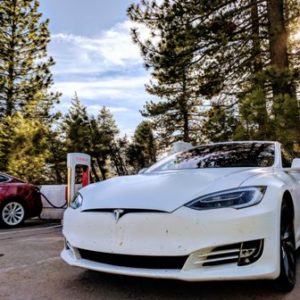 The world’s first petrol-powered car, the Benz Patent Motorwagen, was patented by Karl Benz in 1886, and went on to change the world in ways that its creator could hardly have dreamed of. Now, only 131 years later, we may be reaching the end of the era of hydrocarbon-powered cars, as was underscored by the publication of the government’s new air quality plan on 26 July, which included a commitment to ban the sale of new diesel and petrol cars and vans by the year 2040. This has sparked an interesting debate about the future of transport which will have huge implications for today’s younger and future generations, who are likely to spend their adult lives getting around in very different ways from the ones their parents and grandparents used.

The government’s air quality plan “sets a very clear direction of travel, but petrol and diesel cars won’t exist by 2040,” according to Aston University’s Professor David Bailey, in remarks that were quoted by the BBC. Much debate in recent years has surrounded the idea that Western societies may have reached “peak car”, the point at which automotive sales and miles driven per person will level off and begin to decline because of changes in society and the superior alternatives which are offered by other forms of transport.

However, the House of Commons Library cautioned in 2013 that, despite the amount of industry commentary surrounding peak car, it was impossible to tell whether the decline in car use observed after the financial crisis would turn out to be a long-term phenomenon. Although the overall direction of these trends is uncertain, there is a strong possibility that adults in twenty years’ time will be driving significantly fewer miles overall, and the cars they’ll be using won’t be powered using hydrocarbons (at least not directly; if they are electric cars which have been charged using the national grid then they could be powered by fossil fuel-burning power stations, even though they may not have their own petrol tanks).

Most experts agree that the decline of petrol- and diesel-powered vehicles will be a boon for society because of the danger their emissions pose to public health. A widely-quoted statistic is that air pollution contributes to 40,000 premature deaths per year in the UK, notwithstanding the impact which fuel-powered cars have on greenhouse gas emissions.

This raises the intriguing question of exactly what will replace the petrol- and diesel-powered cars that have dominated the market for personal vehicles ever since the car’s invention. The main response from the automobile industry is to further speed the development of electric cars that can be charged using a variety of roadside charging points: it was also recently announced that the first fully electric version of the Mini will enter production in the UK in 2019, while Volvo has announced that all of its new models after 2019 will be either hybrid or fully electric as part of its strategy to sell one million electric models by 2025. The American electric car company Tesla has also just launched the Tesla Model 3, its cheapest electric car yet and the first one aimed at a mass market audience. However, even the Tesla 3 currently carries a price tag of £26,650, which suggests that electric cars do still have some way to go before they are genuinely price-competitive with more traditional models. Nevertheless, the direction of travel does seem to point towards electric cars dominating the future of the automobile industry in the long term (the majority of which could also be self-driving, if you choose to believe the most optimistic predictions of Tesla’s founder Elon Musk).

This will raise lots of interesting questions for other issues which are affected by society’s current driving habits. One obvious challenge is that we will need to install a much larger network of electric charging points than exists at present, while conversely, thousands of petrol stations could go out of business. It will also be interesting to see how much the government attempts to accelerate the adoption of new technologies through initiatives such as scrappage schemes for older models: the current government explicitly rejected a scrappage scheme for diesel cars in its air quality plan, but the idea of creating one may look more desirable in the future.

Ultimately, during its relatively short lifetime Karl Benz’s invention has fundamentally reshaped how most of the world’s human population lives, works and plays. Allowing the dominance of fuel-powered vehicles to be creatively disrupted may bring great benefits, but policy-makers need to pay careful attention to these types of technological transitions to make sure they don’t end up doing more harm than good in the short term.