In the first of two blogs looking at young people and the 2017 general election, David Kingman assesses the impact that younger voters may have had on its outcome 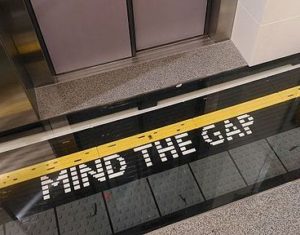 One of the biggest stories to have come out of the 2017 general election was the much better-than-expected performance of Labour under Jeremy Corbyn, which has been widely attributed to a higher turnout among younger voters. Many commentators have suggested that young voters were especially motivated to vote for Labour by the manifesto promise to abolish university tuition fees, which was targeted to appeal to this age group. But is that what really happened?

In a blog he wrote for IF prior to the general election, Dr James Sloam (Reader in Politics and International Relations at Royal Holloway, University of London, and an IF Advisory Board Member), argued that the pre-election polling data indicated that a revival was under way in political participation among young people which could help to reverse the growing gap in turnout between young and old that had opened up over the previous few decades. Although turnout among particular sub-groups within the electorate is inherently difficult to measure, his view appears to have been borne out by the available evidence: for example, a poll undertaken by NME on polling day suggested that 56% of 18–34 year olds voted, fuelled by turnout among 18–24 year olds that had risen 12 percentage points from the 41% recorded in 2015.

All of the available data strongly suggest that young voters overwhelmingly favoured Labour: Lord Ashcroft’s election day poll of 14,000 UK adults indicated that 67% of 18–24 year olds and 58% of 25–34 year olds voted for them. Young voters are believed to have had a particularly strong impact on a number of university seats that changed hands, for example in Sheffield and Canterbury, where safe-looking majorities were overturned. Britain may have experienced a “youthquake” of democratic activism on 8 June, even though it wasn’t quite enough to deliver a majority for Labour.

Why did they vote Labour?

Perhaps the more interesting question is why did so many young people turn out to vote Labour? Young people are generally more likely to be left-leaning in the UK, but you wouldn’t necessarily expect so many more of them to go to the polls than normal. Was Labour’s promise to remove tuition fees the key to its appeal among young voters?

That idea does not appear to be particularly well supported by the available evidence. For one thing, a poll of students that was carried out shortly before the election suggested that their political views are more sophisticated than some of the commentary surrounding the election has given them credit for: a survey by the Higher Education Policy Institute (HEPI) found that, while the vast majority of students said they planned to vote Labour, Brexit and the NHS were actually the two most salient political issues for them, while personal indebtedness was near the bottom of the list. The same survey also demonstrates why more of these young voters didn’t plump for the Liberal Democrats, who were after all the only party clearly offering to reverse Brexit if they got into power: it showed that student voters still distrusted the Lib Dems for raising tuition fees while they were part of the coalition with the Conservatives seven years ago (having promised in their manifesto that they wouldn’t), even though paradoxically student voters were not especially bothered about the current level of the fees themselves.

This also raises an interesting question for the future: if it turns out that Brexit politicised a generation of young voters who began participating in formal democratic politics in order to oppose Brexit, how will it affect their political behaviour in the future if a “hard” Brexit still goes ahead?

An assumption had taken hold in British politics that young people were something of a lost cause when it came to actual voting – an assumption that now, hopefully, can be consigned to history.

Image: “Mind the gap” message in the floor near the lift in the Lego store, Leicester Square, London. Photo by Simeon87 (Own work) [CC BY-SA 4.0 (http://creativecommons.org/licenses/by-sa/4.0)], via Wikimedia Commons