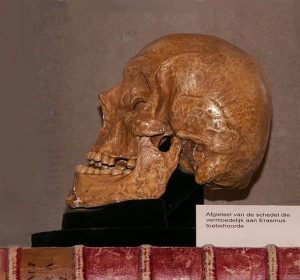 Britain’s higher education sector – crucial to the prospects of young people and to Britain’s economy as a whole – stands to suffer as a result of Brexit, according to a recent report. David Kingman investigates

Brexit could do significant damage to the quality of the education provided by Britain’s universities, according to a new report by the House of Commons Education select committee. This outlined various areas within higher education policy that would need to be carefully considered during the Brexit negotiations.

As the government itself often emphasises, higher education is one of the UK’s most successful and important economic sectors. The UK has 18 of the world’s top 100 higher education institutions, according to the latest editions of the prestigious QS World Rankings. The report estimates that British higher education supports 750,000 jobs. Yet, according to the select committee’s report, Britain’s ability to maintain its position and, more importantly, to deliver a valuable education to its students, is being endangered by Brexit in a variety of ways.

Firstly, one of the higher education sector’s biggest concerns is over the future of its staff. Around one in six academics working in UK universities comes from a non-British EU country.  The report warned that there is a risk of a “damaging brain drain” if they are not guaranteed the right to stay and work in the UK post-Brexit. Around 15% of Britain’s academic staff come from the EU meaning that higher education is actually proportionally more dependent on EU labour for its workforce than either the NHS (EU workers account for less than 4% of staff) or social care sectors (6%). According to the King’s Fund, their situation seems to have received much less attention during the Brexit debate. The committee argued that all of these staff should be guaranteed the right to remain in Britain whatever the terms of our future relationship with the EU turn out to be, but for the time being the future status of most EU nationals residing in the UK remains decidedly up in the air.

Secondly, universities are also concerned about how leaving the EU will affect their ability to recruit students from across the Continent. In the short term, while the Brexit process is going on, universities need to know whether they can carry on admitting new applicants under the same rules as before. In the longer term, Brexit could have a big economic impact on British universities if students from the rest of the EU cease to be considered “Home” students for funding purposes and are charged much more expensive “Overseas” rates.

Given that British universities rely on overseas students for a large share of their funding, the select committee called for foreign students to be removed from the government’s net migration statistics and treated as a special category instead. The government has tightened the student visa regime in recent years as part of its attempt to reduce overall net migration, even though a majority of the public say they are actually in favour of Britain attracting more highly-skilled workers.

A fair deal for students?

The report also highlighted the risks that British universities could be deprived of important EU research grants if they no longer have access to them in the future, in addition to the risk that students could be shut out of the Erasmus scheme which enables them to go and study in other European countries for part of their degree.

Ultimately, what’s at stake here is not just the economic health of the higher education sector, but the quality of the education that British students are paying for, which could be severely harmed if universities lose some of their best staff and their ability to conduct cutting-edge research because of Brexit. The interests of universities need to be well-represented in the difficult negotiations that are about to take place.

Image: Cast of a skull previously presumed to have been that of Erasmus. Part of the Rotterdam library Erasmus collection. By Josh at the Dutch language Wikipedia, CC BY-SA 3.0, https://commons.wikimedia.org/w/index.php?curid=1793529