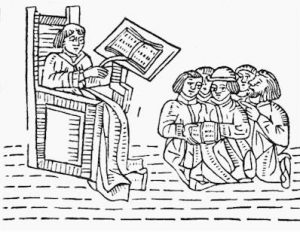 One of the keys to equipping the next generation of young people with the skills they need to compete in the modern labour market is creating an education system which delivers positive outcomes for all young people, regardless of their backgrounds or the type of skills they choose to pursue. Unfortunately, two new pieces of research have suggested that the education system is likely to fail in this task because of flawed government policies which could place the future of thousands of young people at risk.

The biggest problem facing Britain’s education system is the shortage of funding that it will have to deal with, over the remainder of this parliament, according to a report by the Public Accounts Committee.

The shortage of funding for primary and secondary schools has drawn increasing attention over recent weeks, with many headteachers claiming publicly that they are not being given enough resources to do their jobs properly, while central government spokespeople have argued that school funding is at record levels. The select committee’s report came down firmly on the side of the teaching profession, arguing that the Department for Education “does not seem to understand the pressures that schools are already under”.

Average funding per pupil is set to fall in real terms over the coming years, in part because of rising pupil numbers; the report found that mainstream schools in England are being required to find efficiency savings worth £1.1 billion in 2016–17, and this is expected to rise to £3 billion by 2019–20. The Department for Education’s view is that schools can make the necessary savings through achieving greater efficiencies.

The select committee was particularly concerned that, although it believes the funding cutbacks are likely to have a negative impact on the quality of education which schools are capable of providing, the Department for Education is not putting in place any mechanisms for monitoring how cutbacks are being implemented or what impacts they will have had. In effect, schools are simply being told to get on with it, regardless of the impacts this has on young people’s education.

Government education policy also came in for criticism during the same week from the parliamentary Sub-committee on Education, Skills and the Economy, which published a report on the government’s apprenticeships policy.

In response to the long-standing criticism of England’s education system that the provision made for young people who do not follow an academic route is inadequate at equipping them with marketable skills, the government has committed itself to creating 3 million new apprenticeships through its “apprenticeship levy”, which is a tax on private companies above a certain size.

The report argued that while the renewed focus on the young people who do not pursue an academic route is welcome, much more attention needs to be paid to outcomes rather than simply shepherding young people towards existing apprenticeship schemes, many of which have been criticised for their quality. These criticisms were substantiated with some concerning statistics: only two-thirds of people who begin apprenticeships currently go on to finish them, and an increase of over 500,000 in the number of people who began apprenticeships in the past three years has been accompanied by a 43% rise in the number of skilled vacancies which employers are trying to fill. In other words, the current apprenticeship model does not appear to be equipping young people with the right type of skills they need to succeed.

The select committee recommended that the government should temper its focus upon increasing the number of apprenticeships with more of a focus on their quality, which would be more straightforward if they had a more well-defined set of objectives against which it could be measured.

Not fit for purpose?

These two reports suggest that the large parts of England’s education system are being undermined by poorly designed government policy. Given that the Education Secretary Justine Greening has recently warned that less-talented people from wealthier backgrounds do better in Britain’s economy than clever kids from poor ones, that is something we should all be concerned about.