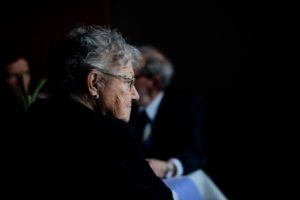 Maintaining the so-called “triple lock” guarantee for the state pension will risk discriminating against people from poorer backgrounds, according to a new analysis which has been performed on behalf of the Work and Pensions Select Committee by the Institute for Fiscal Studies (IFS). Could the triple lock’s days be numbered?

The background to this issue is last year’s official inquiry into intergenerational fairness which was undertaken by the Work and Pensions Select Committee (before which IF appeared as an expert witness). The inquiry published its final report last November, and last week there was a parliamentary debate on its findings.

Ahead of this debate, the Work and Pensions Select Committee commissioned the IFS to undertake research into the future cost of maintaining the state pension triple lock, the controversial government policy which ensures that the value of the state pension will rise in line with whichever is highest out of earnings, inflation or a floor of 2.5% each year. The Select Committee’s report had particularly highlighted the triple lock as a policy which was difficult to defend during an era when welfare benefits for people of working age have been subject to austerity measures and the earnings of working-age taxpayers have stagnated.

The report the IFS produced, Would you rather? Further increases in the state pension age v abandoning the triple lock, brought to light an important policy dilemma surrounding the triple lock: the more that the cost of uprating the state pension increases, the more pressure there will be to raise the state pension age in order to maintain its affordability to the Exchequer. Given that we know life expectancy during retirement is highly unequal (as mentioned in another recent blog, a woman from the wealthiest part of England currently lives almost a decade longer than a man from the poorest part), the committee argued that this will make the state pension increasingly discriminatory against poorer pensioners over time.

How much does it cost?

The IFS analysis quantifies the cost of the triple lock and outlines the potential impact that it could have on state pension policy in the future. It showed that since 2010 the value of the state pension has increased by 22.2%, compared to growth in earnings of 7.6% and growth in prices of 12.3% over the same period; the cost of this equates to an increase in spending of roughly £6 billion a year in 2015–16 compared with the cost if the state pension had used earnings indexation, and roughly £4 billion relative to inflation indexation, over the period since April 2011. What it will cost in future is difficult to project because it depends on the long-term level of wage growth within the economy, but, importantly, should wages continue to grow as poorly as they have over the past decade then the triple lock will continue to make the state pension more expensive.

In their latest Fiscal Sustainability Report, the Office for Budget Responsibility (OBR) forecast that uprating the state pension in line with the triple lock will make it £15 billion more expensive per year by 2060/61 than if it was uprated in line with earnings, so the sums at stake are significant.

The only way of saving money on the state pension (short of means-testing it) will be to adjust the state pension age; the IFS estimated that it will need to rise to 70.5 years by 2060 in order to avoid spending a larger share of national income on the state pension than the government does at present. The committee argued that this is higher than life expectancy in many poorer areas (although you would also expect life expectancy to rise between now and then), so the triple lock – a scheme that was introduced to assist poorer pensioners – will have the perverse outcome of becoming more regressive towards them.

“With the triple lock in place the only way State Pension expenditure can be made sustainable is to keep raising the State Pension age. This has the effect of excluding ever more people from the State Pension altogether. Such people will disproportionately be from more deprived areas and manual occupations, while those benefitting most will be the relatively prosperous. By 2020 the State Pension will be at a level where it will provide a decent minimum income for people in retirement to underpin private saving… The triple lock will have done its job and it will be time therefore to retire it.”