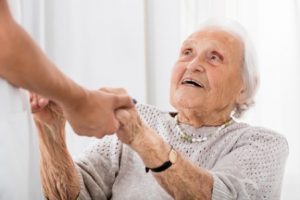 In advance of the 2017 Spring Budget, the Communities and Local Government (CLG) Select Committee has published a new report into the crisis facing adult social care services which argues that the system urgently requires propping up through the provision of new government funding. Just how big is the “funding gap” facing adult social care, and what can be done to deal with it?

There is widespread acknowledgement that the social care system is in crisis. The BBC has recently produced an excellent series of charts which help to explain what has gone wrong with the system, but in a nutshell, it can be put down to too many people needing help and not enough money within social care budgets to pay for it.

For historical reasons, publicly-funded adult social care is provided by local authorities rather than the NHS, and is strictly means-tested rather than being free at the point of use. Local authorities have a statutory duty to provide adult social care of a safe standard to people who need the most help fulfilling the tasks of daily life such as eating and dressing; as local authority budgets have been cut substantially under the government’s austerity agenda, they have had to prioritise social care above other council services, with the result that 55% of local authority spending in England now goes on social care. Councils have found themselves in a bind because while they have a fixed legal responsibility to provide an adequate standard of social care, most of the decisions over how it is funded are out of their hands: councils cannot run deficits, their borrowing powers are extremely limited, and their ability to raise additional revenue through council tax and business rates is tightly controlled by central government.

This situation has resulted in the emergence of a growing “funding gap” between the amount of money within the social care system and the level of demand which it is facing. The select committee’s main recommendation in its report is that the government should commit to closing this funding gap for each year between now and 2019/20; for the current year, this will mean injecting an additional £1.5 billion into the system from the Better Care Fund (a pot of money which is used for funding schemes designed to achieve better integration between the NHS and social care systems). The committee also called upon the National Audit Office (NAO) to estimate what the future size of the funding gap is likely to be in order to put pressure on the government to plug it. By the end of the parliament that could mean finding an additional £2.5 billion per year, if the highest estimate in the committee’s report proves accurate.

The problem with addressing the short-term crisis in adult social care, which the report acknowledges, is that these temporary injections of new funding will not do much to alleviate the long-term pressures affecting the system. The UK has an ageing population in which millions of additional elderly people will be living with chronic medical conditions over the coming decades, which will increase the demand for social care, and place the historical division between the health and social care systems under ever greater strain.

The committee’s report calls for a review of long-term social care strategy, ideally conducted on a cross-party basis, although many such initiatives have come and gone in the past without a solution to the problem being found. Perhaps the sense of crisis affecting the system is so great that one will finally be adopted, but for the time being old-age social care remains a problem which seems to resist every attempt to fix it.