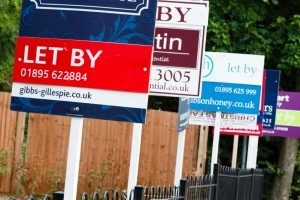 The government’s much-anticipated new white paper on housing, Fixing our broken housing market, was finally launched on 7 February, and in the event it drew a fairly tepid response from housing activists who had been led to expect that more dramatic policy measures would be announced. In particular, the widespread speculation that it would include measures that IF has previously championed to encourage downsizing among the older generation resulted in no firm policy commitments.

Although the white paper covers all aspects of the Conservative government’s housing policy, it is the rental sector that we focus on here. Before the white paper was launched, housing minister Gavin Barwell had publicly suggested it would contain important new policies designed to improve the housing conditions of long-term private renters, rather than simply focusing on widening homeownership. This was a welcome announcement, given that millions of people who currently live in the private rented sector, especially in London and the South East, are unlikely to ever be able to afford to buy their own homes. Did the white paper live up to the minister’s claims?

The housing minister specifically referred to two particular areas of policy which, he indicated, the white paper would include policies on: the types of tenancy that are available to private renters, which currently force many to move homes every couple of years, and the lack of suitable accommodation which has been specially built for the rental market.

On the face of it, both of these areas of housing policy are ripe for improvement. The UK remains something of an outlier compared to other European countries, which have large private rental markets for the short length of the typical tenancy agreement. The typical assured shorthold tenancy agreement between a landlord and a tenant in the UK lasts only for six to twelve months, at which point the tenant usually either has to renegotiate or find somewhere else to live. In hot rental markets – especially London – there is so much demand for housing that existing tenants often face a Hobson’s choice of either accepting a higher rent, which they may struggle to afford, or trying to find somewhere new to live, which is complicated by the high cost of moving between homes.

Official statistics on homelessness demonstrate that the termination of a private rental tenancy has now become the leading cause of people in England being declared statutorily homeless. Of late, the strain that local authorities are facing in trying to meet their legal obligations to provide housing to people who are declared homeless has started receiving an increasing amount of attention, a problem which is being exacerbated by this issue. Even for the majority of families who manage to negotiate the private rented sector with a reasonable degree of success, the instability which frequently moving house causes can have a negative impact on important issues such as children’s schooling.

However, tenancies are just one of the problems which affect England’s dysfunctional private rental market. A related issue is that the sector consists mainly of “amateur” landlords: individuals who own one or two properties and who mostly see being a landlord as a sideline rather than a specialist occupation. Again, this places the UK in sharp contrast to other countries such as Germany, where institutional investors (e.g. pension funds) frequently own large developments of properties which have all been built to be rented out in order to provide a long-term stream of returns that matches the long-term nature of their liabilities. Such a model provides a bigger supply of rental properties and encourages the investors who own them to take a long-term, professional approach to running them.

However, despite the minister’s indication that the white paper would include some kind of policies on private renting, in fact what it contained was disappointingly modest. The white paper included plans to ban letting agents’ fees to tenants, which had already been announced (a consultation on how this should be implemented will be launched shortly), and pledged to press ahead with introducing banning orders and criminal prosecutions for rogue landlords (measures which had already been legislated for in the 2016 Housing and Planning Act). Apart from these measures, the only thing which the white paper had to say about tenancy reform was:

“We are working with the National Housing Federation and the British Property Federation to encourage longer-term tenancies in private rental homes delivered by housing associations and institutional investors. We will be speaking to the Local Government Association about local authorities’ appetite to do the same, where they are delivering market private rented housing through local housing companies. Further to this we will consider what more we can do to support families already renting privately, while encouraging continued investment in the sector.” (p. 62)

While the government’s intention should be welcomed, this announcement only relates to new-build rental homes and doesn’t pledge to bring forward any new legislation, without which the plan looks somewhat toothless. The government does not seem to be ambitious enough to implement reforms that encourage a fundamental shift in the private rented sector business model of the kind that would really help struggling young renters.