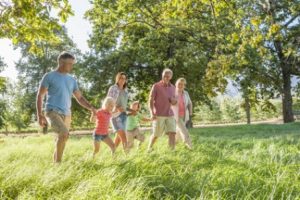 The final report, which followed over six months of evidence-gathering by the committee, came down heavily in favour of the view that young people are receiving a raw deal compared to older generations in modern Britain. The report characterises intergenerational unfairness as a problem of the British economy having become “skewed towards baby boomers and against millennials”. The committee fully accepted the argument that today’s young people face great difficulty in building up asset wealth because of rising house prices and changes to the pension system, while at the same time their taxes are being used to support the most successful members of the baby-boomer generation who have accumulated more wealth than they will ever be able to.

The Chairman’s committee, MP Frank Field, explained the problem using the concept of the intergenerational social contract, which IF emphasised in our submission to the inquiry:

“The welfare state is underpinned by an implicit intergenerational contract. Each generation is supported in retirement by their in-work successors. This is supported by all age groups, but a combination of factors has sent the balance out of kilter. It is now the working young and their children who face the daunting challenge of getting on in an economy skewed against them.”

Although the committee correctly diagnosed Britain’s problems with intergenerational unfairness as being multi-faceted, requiring actions across a wide range of different policy domains, the select committee was circumscribed when it came to the policy measures which it could recommend, as they needed to fall under the narrower ambit of welfare policy.

This meant that a large section of their report ended up focusing on reforming the “triple lock” – the system for uprating the state pension so that it rises each year by whichever is the highest out of inflation, earnings growth or a floor of 2.5%. This was an interesting decision on the committee’s part, as although the state pension is an extremely important part of the intergenerational social contract (and represents one of the largest items of government expenditure), it is arguably less important to today’s younger generation than the problems they face in housing, the labour market or private pension saving, for example. However, given that it has been widely seen as part of a totemic commitment by the Conservative governments Britain has had since 2010 to shield pensioners from the impacts of austerity measures, the political significance of altering it would be very important.

In its most headline-grabbing recommendation, the committee argued that the triple lock should be replaced with a “smoothed earnings link”: a form of indexation where the goal is to maintain the state pension’s spending power relative to the proportion of average earnings which it will represent in 2020. The report explains how this could work in practice:

“In periods when earnings lag behind price inflation, an above-earnings increase should be applied to protect pensioners against a reduction in the purchasing power of their state pension. Price indexation should continue when real earnings growth resumes until the state pension reverts to its benchmark proportion of average earnings. Such a mechanism would enable pensioners to continue to share in the proceeds of economic growth, protect the state pension against inflation and ensure a firm foundation for private retirement saving.”

The report also argues that universal pensioner benefits, including winter fuel payments, should be firmly on the table when the government next looks at ways of reducing public spending on the welfare budget. Crucially, given that the debate about intergenerational fairness has sometimes been accused of fomenting conflict between different generations, the committee’s report goes to great lengths to say that that they believe such measures would actually strengthen the intergenerational ties which bind society together:

“The intergenerational fairness debate should not be conducted in divisive or adversarial terms. Each generation cares deeply about their children, parents and grandparents alike. It is not the fault of baby boomers that the economy, or certain asset prices, have become skewed in their favour. But the absence of fault does not obviate the need for policy action. The recommendations in this report are intended to strengthen the implicit contract between generations that is at the heart of our society.”