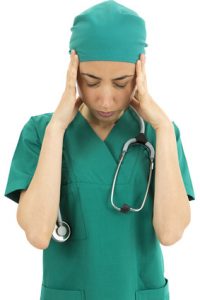 The English NHS is facing its worst financial crisis in a generation and “something has to give,” according to a remarkably stark warning from Chris Hopson, the chief executive of NHS Providers, which comes in the run-up to November’s Autumn Statement. Are things really as bad as he suggests?

Warning that the NHS is buckling under an unprecedented degree of demand for services and government retrenchment, Chris Hopson argued that there will have to be a politicly awkward debate about how to fix the NHS:

“We face a stark choice of investing the resources required to keep up with demand or watching the NHS slowly deteriorate. They [NHS leaders] are saying it is impossible to provide the right quality of service and meet performance targets on the funding available. Something has to give. The logical areas to examine would be more draconian rationing of access to care, formally relaxing performance targets, shutting services, extending and increasing charges, cutting the priorities the NHS is trying to deliver or, more explicitly, controlling the size of the NHS workforce.”

Arguing that political priorities – such as Health Secretary Jeremy Hunt’s “7-day” NHS – are proving impossible to implement while NHS finances are under so much pressure, NHS Providers have essentially said that they need additional government funding just to maintain existing services to an acceptable standard.

Some commentators have responded to this call with a degree of cynicism, arguing that NHS chiefs are always trying to get more taxpayers’ money out of the government. However, on this occasion there is a range of data which suggests the NHS’s ability to cope with the demands of patients is rapidly deteriorating.

NHS Trusts in England have reported net deficits for each of the last three financial years, which last year swelled to an enormous £2.25 billion. Last week, NHS England released performance statistics which showed that national targets for A&E, cancer care, ambulance response times and routine operations are all being missed.

The warning from the Chief Executive of NHS Providers was also echoed by other commentators who have significant experience of analysing the problems affecting the NHS. Norman Lamb, the former health minister during the Conservative-Liberal Democrat coalition government, said that Chris Hopson’s view was “absolutely accurate” and even accused the current government of being “in total denial about the reality of the state of the NHS” and continuing “to mislead”.

Chris Ham, the Chief Executive of the politically neutral healthcare think tank The King’s Fund also echoed the bleak assessment of the NHS’s position, saying that “The clear message from the NHS leaders, doctors and nurses I’ve spoken to is that they are increasingly unable to cope with rising demand for services, maintain standards of care and stay within their budgets.”

There also appears to be widespread recognition that one of the root causes of the NHS’s financial problems is the ongoing failure to properly integrate health and social care services. The performance statistics referred to above also revealed that July 2016 was the worst month for so-called “delayed discharges of care” – delays in moving people on from hospitals who no longer need to be there – since the NHS started publishing data about this topic in 2010.

The data showed that there were the equivalent of 184,000 days of delays across the NHS in July 2016. The two largest causes of delays were failures in transferring patients to further non-acute NHS care, and failures in setting up social care packages for patients to receive in their own homes. A report from the National Audit Office earlier this year calculated that delays in discharging elderly patients from hospital are costing the NHS at least £820 million per year, and were largely being driven by the cutbacks in local authority spending over recent years which have radically reduced the amount of publicly funded social care that is available.

Clearly, the NHS is in a bind. It’s obvious that achieving better integration between health and social care services should lead to better treatment for the elderly and infirm, but there’s a growing body of evidence to suggest that integration will be expensive in the short term and may only save money in the very long term.

Meanwhile, the enormous number of awkward political choices which it would require have made politicians extremely reluctant to encourage genuine integration over recent years; but perhaps if the only alternative is the unpalatable range of options for the future of the NHS laid out by Chris Hopson, then there is finally a chance that integration will start looking like the easier option to pursue.