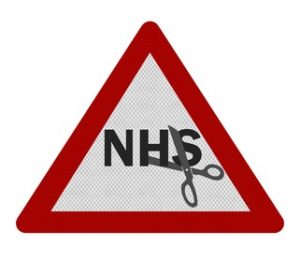 Public attitudes towards spending on the NHS were one of the main themes of the recently-published findings from the 2015 British Social Attitudes Survey’s Health module. The findings from this module were also distilled into a separate piece of research by the King’s Fund.

What does this show?

The British Social Attitude Survey’s data revealed two interesting findings in relation to this debate. Firstly, public satisfaction with the NHS in its present state remains quite high – less than a quarter (23%) of those questioned said they were dissatisfied with the NHS, and this proportion has remained virtually the same since 2010, despite the deterioration in NHS finances. This suggests that the vast majority of the public do not perceive the financial pressures to be having a negative impact on the health service, although it’s worth pointing out that this survey looked at the general public as a whole and not just at those who are being treated by the NHS (although virtually all of us use the NHS at some point, the share of the population who are actively using its services at any one moment is actually relatively small).

Secondly, there was however widespread recognition that the NHS is under severe financial pressure: 93% agreed that the NHS is facing funding problems, and one in three thinks that the funding problem is “severe”. However, when they were asked what should be done to solve this funding problem, answers were extremely mixed. Around 25% of respondents said that no extra money should be given to the NHS; it should simply “do more to live within its budget”. In contrast, almost 40% said that they agreed with collecting more taxes to help fund the NHS, although the idea of creating a new “NHS tax” received significantly more support (23%) than the proposal to raise existing taxes instead (17%).

Interestingly, increasing user charges did also receive significant support: 15% of respondents said they agreed with the idea of paying £10 for each visit to a GP, and 12% thought patients should have to pay for non-medical costs when they were in hospital.

From an intergenerational point of view, it was interesting to note that the least popular option was restricting exemptions from current user charges. Benefits such as free eye tests and free prescriptions are given to members of certain groups, including all over-60s, which is one of the main reasons why 90% of all NHS prescriptions are redeemed free of charge even though most working-age adults have to pay a fee for their medicines. It has been suggested that extra revenue could be raised by means-testing such exemptions, but that appears to be extremely unpopular with the public.

Where does this leave us?

Public attitudes, as measured using large-scale opinion surveys, are not necessarily the best way of determining what our policies should be when it comes to extremely complex areas like health. However, they can provide a useful barometer of which options the public would be willing to countenance, in which case higher taxes would win out over introducing new user charges or expanding existing ones, albeit by only a narrow majority.

From an intergenerational standpoint, what do young people themselves think? The data have not been broken down by age group in any of the quoted sources, but what we know from previous waves of research has tended to suggest that Millennials are less keen on collective welfare than older generations, a stance which may lead them to support a larger contribution to healthcare from the individual rather than the state. It looks inevitable that the way the NHS is funded is going to shift in the coming years in response to its financial crisis, but will be done in a way that young people agree with?