David Kingman looks at the latest population estimates from the ONS 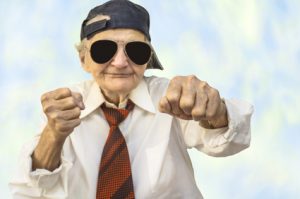 The share of the UK’s population aged over 65 has risen by 21% during the last decade, reaching a total of 11.6 million last year, according to the Office for National Statistics (ONS). Now that Britain has voted for Brexit, is further ageing inevitable?

These estimates – which attempt to measure how big the UK’s population was in mid-2015 – show that the overall number of people in the country has kept growing in line with typical increases during the past decade. The total population is now 65.1 million, following a rise of just over 513,000 since mid-2014 (0.8%).

The ONS puts this growth down to three significant factors: “natural increase” (the combined surplus of births over deaths), which added 171,800 people; net international migration of 335,600 (which rose because immigration was higher last year than it had been the year before and emigration was lower); and an increase of 5,800 people which was largely explained by the closure of overseas military bases and the consequent redeployment of armed services personnel to Britain.

What will Brexit do?

These statistics have taken on a new significance since the UK voted for Brexit in its recent referendum. It seems inevitable that leaving the EU will have very significant ramifications for Britain’s demography, although it isn’t clear exactly what form they will take yet.

Given that the free movement of labour was a totemic issue for Vote Leave campaigners, it is very difficult to imagine that the UK government will be able to settle for a post-Brexit relationship with the EU under which immigration is as high as it is currently (whatever the benefit or drawbacks of such a scenario would be). Therefore, immigration will almost certainly fall in the future.

Brexit will also have important ramifications for the 1.3 million or so UK citizens who currently live in other EU countries – from an intergenerational fairness point of view, the significant fact is that, broadly speaking, under current arrangements the UK imports young workers from other EU states and exports expats who tend to be older, especially retirees seeking sunnier climes in France and Spain. Therefore, any scenario in which immigration falls and some of our emigrants return is likely to worsen the dependency ratio, and, all things being equal, could well put more of a burden on the NHS.

The potential impact of a Brexit on Britain’s economy would also affect the country’s demography in other important ways. For example, if the gloomy predictions that Britain will suffer a post-Brexit recession should come to pass then you would expect there to be less immigration from outside the EU as well, as the country would presumably look less attractive to upwardly mobile young workers from the wider world. Another recession might also encourage more young Brits to head for faster growing countries such as America and Australia, although there is an argument that in certain sectors of the economy having fewer immigrants might create new opportunities for young British workers.

One of the other big questions which Brexit raises about the UK’s future demography concerns the differences between the individual Home Nations. Were Scotland to go its own way following a second independence referendum then that would do something to rebalance the size of different generations in the rump of the UK, as Scotland’s population profile is ageing more quickly than England’s. However, any moves towards independence in Northern Ireland, which also voted overwhelmingly to remain in the UK (admittedly a less likely scenario) would have the opposite effect, as Northern Ireland has the most youthful population of any UK region.

Overall, Britain’s population never stands still – it will keep changing whatever happens. But now that we’ve voted for Brexit, another period of especially rapid demographic transformation looks likely to be on the cards.