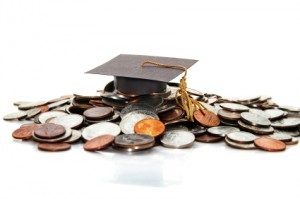 A growing share of Britain’s students feel that their courses aren’t giving them value for money, according to HEPI’s 2016 Student Academic Experience Survey. What does this mean for the government’s higher education policy?

The annual survey, which tracks how students feel about their higher education courses across a range of different areas, found that the vast majority (85%) of students are currently satisfied with the education they are receiving. However, HEPI does report a slight decline in the share of students who describe themselves as feeling “very satisfied” over the past few years of the survey.

The most significant change in students’ attitudes over recent years concerns the issue of value for money: just 37% of students said they feel their courses represent good value, compared to 53% in 2012. HEPI reports that students studying at higher education institutions in England – which impose much higher fees than those in other parts of the UK – think their courses are the worst value for money, although positive perceptions of value for money have declined somewhat in all parts of the UK over the past few years.

The survey showed that the majority of students tend to evaluate whether they are receiving good value for money in terms of contact hours and the perceived quality of the teaching they receive. Contact hours were found to be particularly important, significantly ahead of other factors such as class sizes, speed of marking assignments, and staff research expertise. Students who are studying at Russell Group universities also perceived their courses to be better value for money than those enrolled at former polytechnics, HEPI found.

Perhaps the most interesting findings from HEPI’s survey concerned an apparent tension between what students say they want and the policies of both higher education institutions and the government.

Firstly, the survey clearly demonstrated that the thing students value the most is high-quality teaching. However, it is well known that incentive frameworks in higher education have traditionally rewarded academics for their research outputs rather than teaching skills; the outcome is a situation where, according to HEPI’s survey, 38% of students felt that their teachers could demonstrate they were actively researching, even though only 26% of students claimed this was important to them. The obvious implications of these findings are that many students would rather be taught by academics who they thought were good at teaching rather than being esteemed for their research.

The government is alive to the criticism that students feel they are paying too much in return for teaching which isn’t of a high enough standard. Their response has been the launch of the new “Teaching Excellence Framework” (TEF) which was outlined in their recent higher education white paper. The key idea behind this is that university departments will in future be evaluated on the basis of their teaching performance (measured to a large extent by student satisfaction scores), using an official framework resembling the existing Research Excellence Framework (REF) which is used to measure the standard of their research output.

However, HEPI’s survey also identified tensions between students’ preferences and the design of the new TEF. The key bone of contention is that the government wants to incentivise universities to score highly in the TEF by permitting ones which outperform an official threshold to raise their tuition fees in line with inflation, rather than capping them at the current legal limit of £9,000 per year. HEPI’s survey found that just 8% of students agreed with this approach, while 86% objected to letting universities with good TEF scores raise their fees in line with inflation.

In other words, given that nearly two-thirds of students don’t think the current arrangements offer them good enough teaching in return for their fees, perhaps it isn’t surprising that the government’s proposed solution – offering them teaching which is supposedly better in return for even higher fees – hasn’t gone down well. How universities can square the ever-present tension between research and teaching excellence looks set to be one of the key challenges in higher education over the coming years.