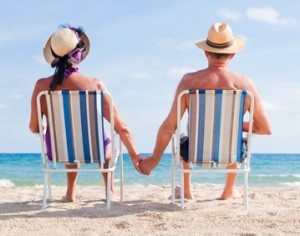 Pensions auto-enrolment can be considered a “success story” of government policy, but there are risks surrounding its future, according to a recent report by the House of Commons Work and Pensions select committee.

The report echoed the conclusion of an earlier one from last year that auto-enrolment – the government’s policy of enrolling all workers into an occupational pension scheme by 2018 – has so far proved a tremendous success. The National Audit Office’s investigation into the scheme showed that roughly 20 million workers had been enrolled successfully by late 2015, with lower opt-out rates than expected and a significant saving of around £100 million on the Department for Work and Pensions’ original budget for the project.

Auto-enrolment could be tremendously important in helping today’s younger generation of workers save towards their retirements, as it has caused a resurgence in workplace pension saving towards levels not seen since its steep decline during the 1990s. The scheme has so far brought an additional 6.1 million workers – many of them in their 20s and 30s – into workplace pension saving and achieved a higher degree of compliance from the country’s larger employers than was expected in the beginning.

What are the risks?

However, the select committee’s report highlighted three sets of risks to the auto-enrolment scheme which, they argue, the government needs to be prepared for.

Firstly, the report highlights the fact that auto-enrolment is now beginning to enter a crucial phase in which roughly the last 1.8 million small- and medium-sized employers which are covered by the scheme are going to have to begin enrolling their workers. For obvious reasons, small firms are likely to find the administrative burden of doing this more challenging than larger ones, simply because they have less in the way of administrative resources.

Secondly, the main risk which the report highlights is that there is – the committee believes – a previously unforeseen risk over the way auto-enrolled pensions are governed by the Pensions Regulator. Many workplace pensions schemes which cover the newly enrolled workers are delivered through a framework of extremely large “master trusts” and, the committee warned, there is a danger that potentially unstable ones may have been set up without the Pensions Regulator’s awareness and could, under the worst-case scenario, go bust, leaving the workers who were enrolled in them high and dry. It almost goes without saying that such a calamity would be likely to reverse the progress which has been made in re-engaging younger workers in pension saving, after the dodgy reputation which the pensions industry endured in the aftermath of the Standard Life and other mis-selling scandals.

Thirdly, the report also identified that there is a potential threat to auto-enrolment from within government, in the form of the newly announced Lifetime ISA (or “LISA”) savings product which was brought into being after the 2016 Budget. The committee warns that LISAs – which reward savers for putting money aside specifically to spend on either a home or a pension – could be more attractive than straightforward pension saving to younger workers because of the greater flexibility which they offer. Given how rare it is for a government policy to succeed as impressively as auto-enrolment has done – and do so while coming in under budget – it would seem counterproductive for the current administration to put that at risk.

The committee’s report ends by calling for new government policy to address these risks which it has identified, particularly the regulatory challenge, by introducing a new Pensions Bill in the subsequent Queen’s Speech – which it did. It remains to be seen if the action taken will be sufficient to allay all doubts.