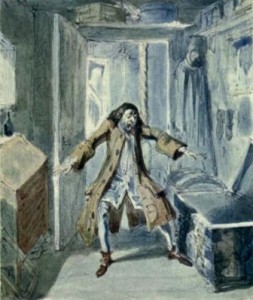 Protecting the full array of universal pensioner benefits has been a totemic policy for the Conservatives ever since they re-entered office as part of the Coalition government in 2010, despite the tight spending cuts they have imposed on most other parts of the welfare state.

However, following the government’s recent climb-down over reforms to disability benefits, it has been suggested that Chancellor George Osborne may finally have run out of alternative ways of cutting spending if he wants to meet his economic targets. Could pensioner benefits finally have to share some of the pain?

The big problem facing the Chancellor is that, following his recent Budget speech, he was committed to making a further £3.5 billion worth of spending cuts before the end of this parliament in addition to the £1.3 billion which he hoped to save from the reforms to Personal Independence Payments (PIPs) which had already been announced. These plans are key to achieving the Chancellor’s target of reaching a primary Budget surplus by 2019-20, which is the only one of his three self-imposed “fiscal rules” that he can still satisfy.

Obviously, the decision not to implement the cutbacks to PIPs, which proved extremely controversial almost as soon as they were announced, implies that the Chancellor will need to find his savings from somewhere else. The problem facing him is that virtually all the low-hanging fruit has already been picked, and much of the spending that remains falls under areas of policy that he has promised to protect – including schools, the NHS, international development and pensioner benefits. The Office for Budget Responsibility (OBR), the government’s economic watchdog, could help the Chancellor out of this hole if their forecasts of GDP growth improve – but they could just as easily worsen, in which case he would need to cut spending even more to still get his budget surplus.

Boxed in by so many protected areas of policy, the Chancellor may well find he has no choice but to renege on some of his promises. Under such circumstances, continuing to protect pensioner benefits, at a time when pensioner incomes are at an all-time high compared to the working population, would look increasingly difficult to justify.

This explains why a growing chorus of voices have joined IF in arguing that pensioner benefits need to play their fair part in the government’s welfare reform agenda. Ian Duncan Smith, the former Work and Pensions Secretary who resigned in the wake of the Budget, complained in his resignation letter that he thought it was unfair for the Conservatives take benefits away from poor working-age families while still giving large sums to wealthy pensioners.

The same argument has was also recently made by a figure on the opposite side of the political spectrum from the government, Labour MP Frank Field, who is also chairman of the House of Commons Work and Pensions Select Committee (which is currently running an inquiry into intergenerational fairness). In a recent article that he wrote for the Evening Standard, Mr Field highlighted the potential intergenerational unfairness of the government’s current welfare agenda:

“A major question on which we are seeking evidence is the fairness or otherwise of so cutting welfare expenditure as to tip the scales even further in favour of higher earners and pensioners, regardless of their means, and even further against lower paid workers and people with disabilities.”

Can the government continue steering this course while still achieving its fiscal targets, and be able to truthfully say that “we’re all in this together”? The pressure looks set to grow.

Picture credit: By George Cruickshank (1792-1878), “The Miser Discovers the Loss of the Mortgage Money”, an illustration to Harrison Ainsworth’s novel The Miser’s Daughter, first published in Ainsworth’s Magazine in 1842; public domain, via Wikimedia Commons