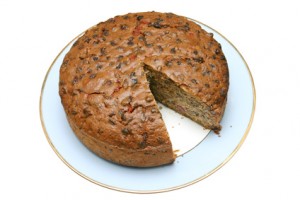 With barely two weeks to go before the Budget speech on 16 March, speculation is mounting about possible reforms to the tax relief on pension saving which Chancellor George Osborne could announce. One of the options which has generated the most controversy during the build-up is the idea of changing to a so-called “ISA-style” system of tax relief, in which tax would be levied upon pension contributions upfront in return for pensions in payment being exempt from income tax.

However, despite the potential attractiveness of this option to the government, a growing legion of critics is saying it would be unfair on today’s younger generation and would weaken their incentive to put money aside for their old age. Why are these issues significant?

Having their cake and EET-ing it

The proposed reform would involved changing the pension system from one based on so-called “EET” (Exempt-Exempt-Taxed) to one based on “TEE” (Taxed-Exempt-Exempt). These acronyms refer to the different stages of pension saving: under EET, the contributions which individuals pay into their pension funds are given tax relief in order to encourage pension saving, and so are the investment returns which their funds earn, but the pension they eventually receive from their fund is liable to income tax.

As you might expect, a TEE system works in reverse: people would start paying income tax on the whole of their earnings, giving them less money to save into a pension fund in the present day, but then whatever pension income they eventually derive from it would be tax-free. This is sometimes referred to as an “ISA-style” pension system, because pensions would become more like ISAs (Individual Savings Accounts), which people make savings into using post-tax income but then they don’t have to pay tax on either their returns or withdrawals in the future.

From the current government’s point of view, a shift from EET to TEE could be appealing for several reasons. Firstly, it would create a net saving compared to the current system, which costs the government over £21 billion per year; secondly, it would enable them to lower the tax burden on wealthy retirees, which carries great political significance; and thirdly, most of the downsides to this policy would be borne by future governments.

A bigger burden for the young?

However, these are also the reasons why critics of this policy have argued that it would increase intergenerational unfairness. The pension firm Hargreaves Lansdown recently warned that it would “inflame intergenerational tension”, by making it even harder for today’s young workers to save money towards a pension, when this generation’s pensions are already likely to be worth a third less than those of current retirees, according to their projections.

Switching to a TEE system would also be unfair on the younger generation in another way. Although the details of how it would be implemented are uncertain, it would ultimately result in a significant lowering of the tax burden on pensioners, who are already relatively lightly taxed in comparison to their younger counterparts.

Recently released figures from the ONS show that retired households have enjoyed much stronger earnings growth than working-age ones since the recession began in 2007/08, in large part because of the very large accumulated pension savings which the generation who have been entering retirement since then have begun drawing down.

In order for the government to still receive the same tax take under a TEE system, it would either have to be implemented extremely slowly – which would be more equitable but also highly complex and inefficient – or it would have to exempt a large swathe of those approaching retirement from paying tax on their pensions even though they were given tax relief to help build them up in the first place. This would place an even higher tax burden on the shoulders of the next generation, while enabling a giveaway to pensioners at their expense.