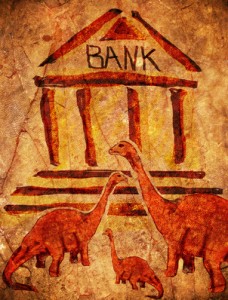 Final salary pensions (also known as “defined benefit” or DB) could be effectively extinct within the private sector by 2017, according to recent research by pension consultancy JLT Employee Benefits. They warn that the handful of firms which are still enabling current employees to accrue further DB rights are likely to stop doing so in the near future, as the cost of having DB liabilities on the books now represents a growing risk to the future viability of large numbers of UK companies.

The death of DB

DB pension schemes, which are still the norm in the public sector, used to be common among large private employers, but a toxic combination of rising longevity, poor investment returns and an increased burden from government regulation and taxes has made them an extremely unattractive proposition for businesses to offer over recent years.

Virtually every major private sector employer in Britain, including all the companies in the FTSE100, have stopped offering DB pension schemes to their new employees. Most also no longer allow their existing staff to make further contributions to their DB schemes, a tactic which the JLT research shows has also spread among the FTSE250 (the group containing the 250 most valuable public companies in the UK which are outside the FTSE100).

The research by JLT reveals that, among FTSE250 companies, only 49 are still providing a significant number of current employees with DB benefits, and among those 49, just 11 have ongoing DB service costs which are worth more than 5% of their total payroll. They estimate that the value of DB pension provision among the FTSE250 has fallen by 16% in the last year alone, a downward trend which is so relentless that they estimate no FTSE250 firm will be allowing any further DB accrual within a year’s time, a point that would effectively represent the final nail in the coffin for private sector DB provision.

JLT’s research also drew attention to the problems created by the legacy of DB commitments which these companies still have to honour. They found that the disclosed DB pension liabilities of FTSE250 companies have swelled to a record £81 billion (as of June 2015). Of particular concern are the 26 companies among this group which have DB liabilities worth over £1 billion; transport provider FirstGroup, which operates buses and trains across the UK, has the largest liabilities at £4.91 billion. Overall, 14 FTSE250 firms have DB pension liabilities which are greater than their equity market value, potentially making them a risk to the future viabilities of these businesses.

JLT also found that that the deficit position of DB pension schemes among the FTSE250 has worsened significantly over the last year, with the total combined deficit rising by £3 billion to £12 billion, and 111 individual firms disclosing deficits in their latest annual accounts.

As JLT’s director Charles Cowling warned when he announced the findings, the scale of these ongoing liabilities could have a negative impact on how these firms do business in the future: “The ongoing spend and service costs on DB pensions before any allowance for deficit spending is a burden that many boardrooms would like to remove altogether. The impact on corporate decision-making for those companies with significant pension schemes liabilities should not be underestimated.”

The problem of large DB pension liabilities creates intergenerational unfairness in two ways: by giving firms less money to invest in their businesses it may make the economy less prosperous in the future, and because these firms are likely to divert resources away from pay and benefits for their younger staff in order to fund them. These concerns are analysed in more detail in an upcoming piece of research from IF, due to be published later this year, which looks at the intergenerational unfairness of private sector pension liabilities in more detail.