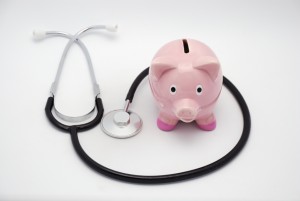 The health sector in England is facing a crisis which has been branded the “worst for a generation,” according to a recent article from the BBC. Recent figures suggest that it is no exaggeration to say that both the NHS and the social care sector are in crisis, with the ageing population and the government’s austerity agenda creating headwinds which those in charge of providing these services are struggling to navigate.

With an even tougher public spending settlement on the horizon following the upcoming spending review, and pressure on both of these services rising, can we continue affording the status quo?

The crisis affecting the NHS specifically concerns overspending by NHS Trusts. These are the 241 bodies which between them run hospital, mental health, ambulance and some community services, and between them account for two-thirds of the NHS’s £116bn budget (the largest areas they don’t cover are GP services and prescription drugs).

According to new figures released by the NHS regulators, Monitor and the NHS Trust Development Authority, 80% of trusts were in deficit by the end of September, with their combined deficit having reached a total of £1.6 billion. This means the combined deficit is nearly double the level it reached during the whole of the last financial year.

In announcing these figures, Monitor highlighted the problems that many NHS Trusts are having with discharging fit patients back into the community as one of the key drivers of rising costs, as well as overspending on agency staff. Last year, the NHS required a significant financial injection from the Treasury to overcome its funding problems, but whether the government will be willing to risk achieving its other financial priorities by doing the same again this year remains to be seen.

The crisis facing the NHS appears to be mirrored by another, related, crisis which is taking place in parallel affecting residential care sector, at least according to a new report by the think tank ResPublica, The Care Collapse.

This shows that rising pressure on profits – particularly as a result of falling income from local authority referrals and the looming impact of the National Living Wage – is threatening to cause a funding shortfall in the care sector of £1 billion by 2020/21. This could result in the loss of 37,000 residential care places, which there would be no obvious means of replacing in either the private or public sectors.

The report warns that the risk is of many of these patients ending up being stuck on NHS wards – which would exacerbate the problem that has been mentioned already of hospitals being unable to discharge patients who no longer need to be there.

Practically all the expert voices in the health and social care sector seem to recognise that we need to achieve more integration between the two services in order to use resources more efficiently and meet the needs of our ageing population more effectively, but the message from this report seems to be that the care sector is already teetering on the brink of collapse. As Dr Chai Patel, Executive Chairman the UK’s third-largest care provider, HC One said in his comments on the report: “At a time when the Baby Boom generation is beginning to retire, and look ahead to their long term care needs, there are huge fears that the homes to care for them simply won’t exist.”

At the heart of both these crises is a lack of money: despite being protected from direct cuts, and having been pledged an extra £8 billion of funding during the current parliament, the NHS needs even more to close its deficits, while the number of over-65s receiving public funding in the care sector has fallen by 27% since the beginning of austerity. These worrying numbers are only going to grow as our population ages, which begs the question, will the public be willing to pay them?