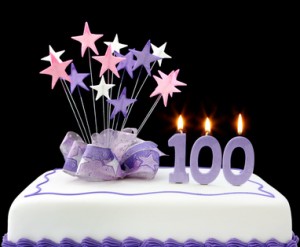 The speed with which the UK’s population is ageing was demonstrated by a recent set of ONS figures called Estimates of the Very Old, which show how rapidly the number of people aged over 90 and over 100 has grown in recent years.

Of these centenarians, 780 were older than 105 in 2014, a subset which had doubled in size since 2004. The ONS attributes the increase in the “oldest old” population to a range of factors, including not only improved healthcare but also better standards of housing, improved diets and declining smoking rates. However, the figures also clearly demonstrate that these gains in life expectancy have not been distributed evenly among the population: they show that people living in England and Wales are significantly more likely to live to 90 and above than their counterparts in Scotland and Northern Ireland, and there is also a significant gender gap.

For every 100 men who were aged 90 and above in 2014, the ONS estimates that there were 249 women, so females outnumbered males by almost two-and-a-half times. Interestingly, this gender difference has actually declined since the 1980s, partly because the impact of historic events which disproportionately affected men (the First World War and the “Spanish Flu” pandemic) significantly reduced the number of men within the birth cohort that would have been turning 90 in the early 1980s, and partly because improvements in life expectancy have disproportionately benefited men, such as the decline in smoking.

The ONS dataset also includes figures which show how the number of the “oldest old” in the UK compares to other countries around the world. Comparing the number of people aged 90 and over for every 100,000 people within the general population to make a fair comparison shows that the UK has the sixth highest share of the “oldest old” in the world, after Japan, Italy, France, Sweden and Spain. Japan is far ahead of any other country on this measure: the UK currently has 853 people per 100,000, but this is significantly behind the Japanese figure of 1,350 per 100,000.

However, this measure doesn’t necessarily provide a complete picture, as the difference between the share of older people within the population can be very different from the absolute number: China ranks near the bottom of such global comparisons as it only has 166 people aged over 90 per 100,000, but this still amounts to roughly 2.25 million actual people because of the size of China’s population.

Possibly the key issue which these figures raises for public policy is the need to close the gap between general life expectancy and so-called “healthy” life expectancy. One of the most striking statistics in relation to the UK’s ageing population is that the typical male in England currently only spends roughly 80% of his life in “good” health (based on an ONS survey which asks respondents to rate the quality of their health on a numerical scale), while the figure for women is even lower at 77%. In theory, this means that the average person is likely to endure around 20 years of poor health towards the end of their life.

There seems to be a general recognition that, while modern society has achieved remarkable progress in keeping people alive for much longer, far too many people are spending their later years in declining health. This not only leads to much misery and suffering for older people themselves and their families; it also has significant implications for the public purse: as recent research by the Institute for Fiscal Studies has shown, the average NHS hospital spending on an 89 year old man is almost nine times higher than for a 50 year old man. These ONS stats demonstrate the urgency of closing the gap between “healthy” and overall life expectancy, as the costs to both individuals and the state will be enormous if we fail to do so.