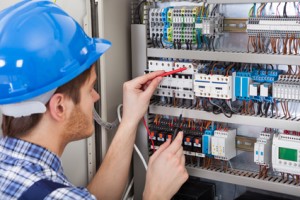 Among the many changes which the Coalition government made to pensions, one of the most significant was to introduce a new system of auto-enrolment, under which most private sector workers are being given the opportunity to start saving towards a workplace pension scheme.

This could be particularly useful for young workers in the private sector, for whom the opportunity to save towards a pension had been severely diminished by the closure of most workplace final salary schemes. Now that this new system is being implemented, how much of an impact does it appear to be having?

Between October 2012 and 2018, all employers above a certain size will gradually be required to enrol their eligible staff into a workplace pension scheme and begin paying a minimum level of annual contributions on their behalf. Workers have the possibility of opting out of these arrangements, but by default they are registered automatically, with it being part of the idea that a combination of the simplicity of paying into these schemes and a certain degree of inertia among participants will encourage them to take part.

The Office for National Statistics (ONS) has recently published its annual Occupational Pension Schemes Survey for 2014, which provides a picture of how much impact these reforms are having. Significantly, this was the first edition to have been published after a large number of workers had been enrolled under the new arrangements, and they appear to be having a striking effect: in one year, the number of Britain’s workers who are enrolled in a workplace pension scheme jumped by 2.5 million people, an increase which was largely accounted for by private sector workers being auto-enrolled.

This increase in the number of private sector pension-savers is remarkable because it reversed over 20 years of slow but steady decline. The number of active members of private sector occupational pension schemes had fallen constantly from a high of around 6.5 million in 1991 down to around 2.8 million in 2013, but in the last year the total has almost doubled because of auto-enrolment. Given that the scheme is still being phased in, this could eventually herald the salvation of pension saving in Britain, and today’s younger workers should have the most to gain because they can spend their whole careers contributing.

However, there is potentially a very large fly in the ointment. This is that simply having the opportunity to save is a necessary, but not sufficient, condition in order to ensure that someone can enjoy a decent income in retirement. There is no “magic money tree”, as actuaries are fond of saying; with defined contribution pensions, how much a worker can get out of their pension is largely dependent on how much they put in, and the worry with auto-enrolment is that people won’t contribute enough.

Minimum contribution levels are laid down in law under the new system, but these are currently equivalent to only 5% of a worker’s salary, and will rise to just 8% even when the reforms are fully implemented. Two recent studies suggest that there is likely to be a huge gap between the amounts which today’s workers are willing – or able – to save and what they would need to save in order to provide a decent pension income in the modern age of unprecedented life expectancy.

A recent study from PwC suggested that the average worker aged 22 would need to contribute 15% of their annual income towards their pension for 40 years in order to provide a decent pension, but just one in ten workers is currently saving more than 10%. Similarly, Royal London (a pension provider) has estimated that the average 35 year old would need total savings of £660,000 in their pension pot in order to match the average income of today’s over-65s (many of whom benefited from significantly more generous final salary pensions, which have now been withdrawn from younger workers), but the average person of this age has just £14,000 saved up.

Getting people to start saving into pensions is good progress, but it is only the first step if we want today’s younger generation to actually have a decent income to look forward to when they stop working.