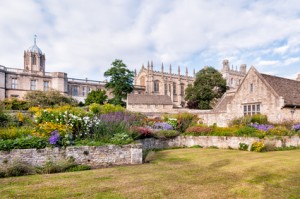 In his “Dean’s Diary” (the foreword to his college’s in-house magazine, Trinity Term 2015) the Dean of Christ Church, Oxford, the Very Reverend Professor Martyn Percy, wrote about how it was “particularly pleasing to see our students move into so many different spheres of work after their graduation, such as teaching, law, consultancy, banking, charity, civil service, computing, and journalism.”

It is an interesting selection of worthy graduate jobs, of the kind that universities might be expected to supply to the nation for the smooth running of a civilised society.

A new level of debt

Among those leaving this summer will be the first cohort to have paid the £9,000 tuition fee for their three years of study. Combined with a maintenance loan for living expenses, many of them will be carrying a debt of £43,500 or so.

How long will it take them to pay off that loan? A newly-qualified teacher, for example, earns just over £22,000. Plug that figure into the government’s Directgov “Student Loans Repayment Calculator” and you find that a loan of £43,500 will take 30 years to pay off – in other words it will be paid off at about the same time as any outstanding debt would be written off.

The prediction takes account of interest charges, inflation, salary rises and so on – in so far as they can be predicted.

Salaries for the Civil Service Fast Stream start at about £25,000. A student loan of £43,500 could be paid off in 24 years and 10 months, according to the Directgov calculator.

The rewards of careers in consultancy, banking and computing are harder to predict, but starting salaries for any of these are unlikely to be more than £30,000. That will provide sufficient income to pay off the loan in 19 years and 3 months. Trainee solicitors in the leading London firms might earn as much as £40,000 from the start – on the basis of which you could be free of debt in 13 years and 6 months, according to Directgov.

As for careers in charity and journalism, according to the Payscale website, salaries begin at about £15,000. Now you’re looking at a debt write-off after 30 years. Only at this point does the £9,000-a-year tuition fee scheme begin to look generous.

But if your want to clear your debt before the 30 years is up, you’ve got to have a starting salary of at least £22,000 – like the teacher.

Other government-connected websites – such as Student Finance England – use the same calculator.

For second opinion, take a look at the student loan repayment calculator of the Complete University Guide, which allows you to input “chosen career” (Legal Work, Accountancy, Investment Banking and so on). The results are broadly similar to those of the Directgov calculator. A starting salary of £25,000 for “all graduates/medium” (i.e. graduate jobs with a medium-ranked income) will have the loan paid off in 27 years and 2 months.

But such calculations are considered by many to be wildly optimistic. Other student loan repayment calculators give very different answers. Try the student finance calculator of MoneySavingExpert.com. This suggests that you need a starting salary of over £40,000 to clear the loan in less than 30 years.

It adds in the notes “For lower salaries [i.e. lower than £40,000], the amount you repay won’t change as you vary the fees or loan – this is because the debt disappears after 30 years.” (And, rather disconcertingly: “Remember, this is based on your salary increasing to £172,880 by the time your debts clear (in 30 years).”)

The Save the Student – Student Loan Repayment Calculator echoes this prediction: its suggests you will be able to pay off your loan in 30 years on the basis of a starting salary of £37,000.

Why is there such a huge discrepancy in these predictions? It is all down to the great difficulty of forecasting those key elements: interest charges, inflation and salary rises. Some have accused the government of deliberately playing down the real costs of the loans.

An article in the Daily Telegraph by Katie Morley (25 January 2015) drew attention to a report by RedSTART, an education arm of the consultancy firm Redington, which suggests that the government has used “outdated” figures to calculate repayments, and very high inflation figures.

Whom do you trust? Whoever is right, it is a fair bet that a large percentage of Dean Percy’s graduates will never pay off all their loan before the 30-year write-off concession comes into play.

If the 30-year write-off concession has not been withdrawn. It is not written in stone – but that’s another story.