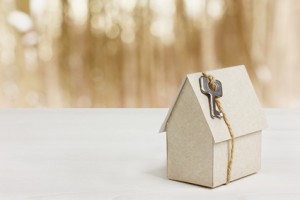 The “Starter Homes” scheme – the Conservative government’s main initiative for helping first-time buyers get access to the housing ladder – is fundamentally flawed and will only help affluent households, according to a new analysis by Shelter.

Billed as a way of ensuring that young people are not “denied what their parents took for granted – the opportunity to buy their own home, settle down and enjoy the security that home ownership brings” – in the words of housing minister Brandon Lewis – the government’s Starter Homes scheme is supposed to provide 200,000 properties that will only be made available to first-time buyers who are under the age of 40, and which will be priced at a 20% discount compared to the market rate. How the discount will be calculated hasn’t been specified, but the maximum selling price will be capped at £450,000 in London and £250,000 outside the capital.

The idea is that Starter Homes will be built on brownfield land which has not previously been allocated for housing, where developing homes under normal conditions would be unviable. The government is proposing to fund the 20% discount through removing planning obligations which would normally be levied on developers, such as Section 106 agreements – used to pay for affordable housing – and the Community Infrastructure Levy (CIL). They will also be exempt from the zero carbon standard, a measure designed to ensure new buildings are carbon neutral.

Part of the government’s plan is to prevent potential buyers from making a quick profit by imposing a five-year moratorium on selling or letting the properties at market rates, keeping them affordable for several years.

There was already widespread scepticism about how effective Starter Homes would be at addressing Britain’s shortage of affordable housing. Some critics have emphasised that planning conditions and CIL exist for good reasons: to share the private gains of property developers with the public, and provide the infrastructure which new housing developments require to become pleasant places to live. Given that local residents often object to new development on the basis that having more people will over-tax local schools and hospitals, Starter Homes seem likely to provoke resistance.

The new research by Shelter casts further doubt on the effectiveness of the scheme by attempting to calculate how affordable Starter Homes will actually be for low- and middle-income households. Their analysis suggests that the scheme will do little to help most would-be first time buyers to become home-owners: assuming the maximum prices are charged, Starter Homes are likely to be unaffordable to families earning average wages in 58% of local authorities across England in 2020, and just 2% of local authorities will be affordable to people earning the recently-announced National Living Wage. The people who will benefit the most from it will be those who are already earning higher than average wages, who would be in a position to buy homes on the open market already. This led the charity to conclude that “the Starter Homes policy is no silver bullet for affordable housing.”

What is especially concerning is that it appears that Starter Homes will be implemented instead of existing forms of affordable housing provision, such as social rent and intermediate rent, rather than in addition to them. It seems almost inevitable that the net result of this will be a significant overall decline in the availability of new housing which is genuinely affordable to the majority of young people. Building new homes specifically for first-time buyers sounds good on paper, but not when it only amounts to a short-term political gimmick which will probably do more harm than good in the long run.