Recent graduate Tom Hannah draws attention to the creeping efforts of government to increase internet surveillance, and how this calls for resistance in the interests of future generations 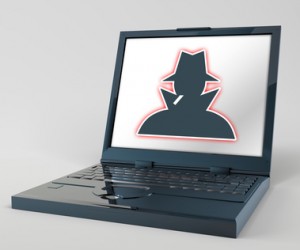 There are many facets of life that divide the baby boomers and Generation Y (the Millennials – my generation): disparities in wealth, property ownership and jobs, but also our relationships with the Internet. The younger members of the Generation Y cohort are Internet natives: they’ve had access to the web from birth. Baby boomers on the other hand have adopted the Internet. Despite being instrumental in the lives of both generations, the fundamental difference between the two is that one generation have had all their actions (almost from birth) logged and monitored whilst the other have enjoyed relative freedom from snooping in their youth.

Sir Tim Berners-Lee was paraded around during the opening ceremony of the 2012 London Olympics but our legislators have decided to ignore his advice on Internet surveillance. He warned against the “growing tide of surveillance and censorship”, accused GCHQ of being “appalling and foolish” and questioned the level of accountability and ministerial oversight in regard to Britain’s spy agencies. Berners-Lee’s recommendations followed the revelation of Tempora – the codename for GCHQ’s surveillance program that intercepts personal data of Internet users in Britain – by Edward Snowden. Snowden himself commented that Tempora is the most extensive system of surveillance in the world.

The treatment of Snowden, now hiding out in Russia, along with other whistleblowers is proof that governments do not want their citizens knowing about surveillance. National security (that old chestnut) has been used to justify actions of Britain, New Zealand, America, Canada and Australia (the Five Eyes); however, we are now learning that the actions of the US National Security Agency (NSA) and GCHQ were just plain illegal. Snowden has – at huge personal cost – ignited a debate about who controls the Internet and to what extent governments are allowed to snoop on its citizens.

Legislation and the Internet in Britain

In the past decade the British government has been assiduously legislating in regard to the Internet to “protect national security interests”. One would hope that our spy agencies were capable of being selective and targeted in their approach to surveillance, but they’ve been given a free hand by our government to scrutinise our Internet activity.

Currently the Communications Data Bill (nicknamed the Snoopers’ Charter) is being debated in Parliament and, with a Tory majority, it looks likely to be passed. This act gives the government greater rights to compel Internet Service Providers (ISPs) to store the communications usage of their customers. Moreover, the bill will compel the Royal Mail to record all externally visible information on letters (i.e. delivery and return addresses).

This bill will simply add to the host of measures governments and spy agencies have at their disposal. We already have in place the Regulation of Investigatory Powers Act 2000 that allows MI5, MI6 and GCHQ to order communications service providers to retain communication data. In conjunction with the 2000 act we also have the Data Retention and Investigatory Powers Act 2014 that allows security services to have further access to phone and Internet records.

Nevertheless there were measures in this latter act that allowed for greater accountability, such as the introduction of a Privacy and Civil Liberties Board to provide oversight of the retention of data. This at least shows that the government is aware of peoples’ concerns, which is definitely a step in the right direction; however, whether this body will have real teeth is debatable. The act also restricted the length that data can be stored and reduced the number of public bodies that can access data.

What also worries me, however, is freedom of speech on the Internet. Already we’ve had the Malicious Communications Act 2003, which makes it illegal to send “menacing” communications. I agree that one shouldn’t be able to threaten others on the Internet, especially implying sexual assault. However, I am not sure that the Malicious Communications Act is being used appropriately, and would argue that people should be allowed to offend – and in some cases disgust – others free from the law. Yes, people say unpleasant things, but unless they cause actual physical harm, or threaten to, then they shouldn’t be arrested. Amendments have been made which have taken into account one’s right to offend, which again is progress.

Nevertheless I’m concerned about digital retention and freedom of speech, not only in the case of governments but also when large Internet companies such as Google, Facebook, Amazon, Yahoo and others are involved. We are aware that governments have been tapping into their databases but I worry about just how much power the Internet companies have. They know our search histories, Internet histories, movement (maps) and a whole host of information. It’s a lot of personal information for a company to hold with so few checks and balances.

The worry for the future

Whilst the aforementioned laws affect all generations, not just my own, the issue I’m trying to highlight is that it will be my generation that will disproportionately suffer from the apparent crackdown on freedom. Unlike our parents before us, we will not grow up in a world where we are free to inquire and question without being perused by nosey politicians. Moreover, based on the current trend in legislation one could argue that even more data retention and snooping laws will be passed for the protection of our “freedom”, which will have an effect on future generations.

The Internet is a new phenomenon and, whilst it started in the people’s hands, it has slipped towards being controlled by corporations and governments. This is happening all rather surreptitiously and issues surrounding Internet freedom are rarely discussed. Whilst some might argue that the laws are there to protect people from terrorism how can we be sure? These laws have the potential to be abused by governments to monitor innocent individuals. They also have the potential to curtail market freedom by penalising ISPs for not collecting customer data.

I fundamentally believe that Britain in 2015 is much safer than it was fifty years ago, but I don’t think this safety hinges on whether or not our governments have the ability to spy on their populace. Future generations have the right to surf without being monitored and it is important that my generation fight to protect our freedom to surf for future generations.