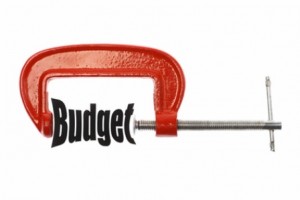 Councils across England are being forced to cut back on services aimed at young people who are not in education, employment or training (NEETs), according to a recent warning from the Local Government Association (LGA).

The LGA’s warning has been launched alongside new research showing that the vast majority of local authorities have had to reduce provision for services aimed at helping NEETs in their area.

Councils have a legal duty to identify and reduce disengagement among teenagers aged 16–18, but the LGA’s research found that just 7% of English local authorities said they were in a position to meet these legal requirements following changes to funding arrangements and the removal of powers over important services such as careers advice and further education.

The survey found that nine out of ten local authorities said they had been compelled to reduce spending on services for 16–18 year olds, as councils have endured average budget cuts of 40%. There are currently an estimated 738,000 young people who are NEET across England, and although the survey found that councils have been pursuing a range of different strategies to try and mitigate the impacts of these spending cuts – such as integrating services and making greater use of partnership arrangements – the majority of the councils which replied to the survey said they felt that the limits of such strategies had been reached, and further spending cuts would result in a reduction in service quality.

Councillor David Simmons, the chairman of the LGA’s Children and Young People Board, warned of the risk this would pose to young people who are already vulnerable:

“The message from local government is clear. Cuts without reform risk undoing all of our collective good work, putting thousands of promising futures at risk. Councils are uniquely well placed to help young people access the opportunities created by the local employers increasingly frustrated by remote national institutions. It is important that we have the powers, levers and funding to fulfil our legal duties to young people.”

However, in response to the LGA’s report, a spokesman for the government replied that the number of young people who are classed as NEET has been on a downward trend for several years and the government is keen to cement its achievements in tackling this issue.

This argument appears to be confirmed by the latest data from the Office for National Statistics (ONS), which shows that the number of NEETs has fallen by 78,000 over the past year. Overall, the share of 16–18 year olds who were classed as NEET has fluctuated significantly over recent years, reaching a high of almost 17% at the peak of the recession in late 2011, but subsequently falling to pre-recession levels of around 13%.

In its response, the government spokesman also claimed that the new Conservative administration plans to spend £7 billion on providing education and training for all 16–18 year olds who request a place.

Perhaps the moral of this story is that, while positive progress is clearly being made in reducing the number of young people who are classed as NEET, far more work still needs to be done to prevent so many young lives from being blighted by the problem of unfulfilled potential. Local authorities may be best placed to carry out the work of dealing with this problem, but like the rest of government it seems they will have to get used to meeting this challenge with fewer and fewer resources at their disposal.