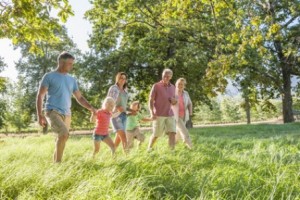 Having recently finished The Pinch, David Willetts’ book on intergenerational inequality, I was intrigued by his cross-generational social contract theory. He argued that society mimics the nuclear family model in which parents take care of their children with the expectation that when they age and wither their children will take care of them. Willetts argues that governments in modern society play similar roles. When we are children we benefit from education so that we can get jobs, pay tax and, having paid tax for a full working life, we enjoy the benefits of the welfare state.

The social contract is definitely a likeable theory; however, whether or not it exists and whether or not young people will feel inclined to participate and hold up their end of the bargain seems like a pertinent question in light of the recent general election results.

The contract as it stands

Having read various theories of social contract when studying philosophy I’ve always been intrigued by the idea. Are we bound to society? Are we all cogs in a grand superstructure of ideas? Personally, I feel that the will of the individual supersedes that of society; I take a rather dim Hobbesian view that we are cruel and pursue self-interest over social utility and I feel this is becoming more the case as society becomes more atomised. However, as my generation continues to suffer from a “breaking” of the intergenerational social contract I’m increasingly an advocate of promoting social utility over self-interest.

With young people working for less and less, thousands out of jobs, many without the security of homes, how are we meant to hold up our end of the deal? If baby-boomers want a pension, we should really be looking at how we are going to pay for them in the future. Moreover, what is the incentive for young people to engage with the intergenerational social contract? Are we going to have the same benefits at 65 that the boomers have? Will we be paying for the gilded retirement of our elders, only to be shackled by debt by the time we want to retire?

Exclusion from the contract

It is difficult to justify upholding our end of the bargain when young people in Britain have been systematically excluded from the social contract. Whilst elderly people continue to benefit from free TV licences, the winter fuel allowance and concessions in public transport, on the other hand young people have had many benefits cut or eradicated. Education Maintenance Allowance – a lifeline for low income families – has been scrapped; Connexions, the programme that helped young people get into work, has also been scrapped; we’ve seen cuts in our housing benefit entitlements; and of course tuition fees are now capped at £9,000 with the interest on loans a staggering 5.5%. Although I can’t predict the future, I expect to see the cap on tuition fees rise in the next five years and expect further cuts to benefits for under 25s. I also imagine that benefits for older people in Britain will be increased; naturally this is driven by political rather than economic motives.

With young people bearing the brunt of austerity, and with the promise of five more years of cuts I fear that young people are going to become more alienated from mainstream politics and angrier with what is perceived as an attack on our generation.

In recent years we have seen evidence of the frustration young people feel. Firstly, we saw riots in London and other parts of Britain. Whilst this was dismissed as “opportunism” by the mainstream media, the reaction of politicians was condescending and obfuscating. I can think of no better evidence of social exclusion than rioting. If you are willing to break the windows of local shops and burn down local businesses you clearly feel disaffected and not a part of a wider social entity. Whilst I don’t condone violence, I found the reaction deplorable and unconstructive. Instead of examining the underlying social causes of the riot we simply threw the book at these people and further entrenched their disillusionment. No olive branch, just the stick.

Secondly, the protests in relation to tuition fees were another great example of students (and other young people) raising their fist to the establishment and demanding a better deal. Although, predictably, the marches had no effect on policy they were another indication of a sense of exclusion from society.

Lastly, participation in the election amongst young people was proportionally lower than other age groups. Although more young people were predicted to vote in the 2015 election since 1964, their participation in elections is still far lower than other age groups. The reasons for low turnout stem partly from poor education on the importance of politics, but also from a general apathy towards Westminster. I don’t feel that young people are apathetic towards politics, and I think recent years have galvanised my age groups; however a lot of the issues which are important to young people such as the environment, internet freedoms and housing are simply not a part of the mainstream political agenda.

Why is exclusion from the social contract such a problem?

Young people feel marginalised, vilified and alienated. In an atomised and fissured society in which people have few connections with members of their locality it is hard to see why young people would opt in to a social contract that may not benefit them in the future and hasn’t benefited them in the past.

This is extremely dangerous for my generation: if we don’t take care of those older than ourselves, where are the guarantees that we’ll be taken care of when we’re old? Moreover, by removing ourselves from the decision-making process we can almost guarantee that we will be shafted by the next government and our generational estrangement with Westminster politics will continue. Nevertheless, it was positive to see that a lot of young people are more politicised and informed on the issues in the recent election and one hopes that our willingness to participate will translate into real representation in parliament.

Sadly things could go the other way. Our voices frankly were not heard: many young people did not vote Tory and will feel let down by the first-past-the-post system that has given the Conservatives a majority government despite only 37% of the vote share. I worry that the effect on young people will be a hermetic withdrawal from politics, and their disillusionment with the voting system will be long-lasting.

I think there are solutions to solving this contractual conundrum. We have to make young people feel more a part of society. We need assurances that our opinions will be heard and our ideas acted upon. We need to feel like we can participate in the future of our society that isn’t based on a voting system that is skewed towards the interests of the older population. We need greater visibility in the decision-making process, and not just on issues that affect young people directly (e.g. tuition fees) but decisions that affect our society as a whole. Whilst we do have a “youth parliament” this is hardly useful for young people after the age of 18, who are arguably the young people who are most in need of representation. We are failing to offer young people avenues in which to develop and feel a part of a wider society – but increasingly they feel like they have no place in society.

I like the concept of an intergenerational social contract and the idea that we all help each other from cradle to grave. However, at this juncture in my life it is hard to see why I should participate in society and prop up the boomers. I’m happy to accept a society that doesn’t directly benefit me, but I’m not happy to support a society that works actively against my interests by reducing services I may access, contributes to environmental degradation and refuses to hold politicians/companies to account if they break the law. Perhaps if I saw society more as a malleable membrane that evolved with the winds of progress, rather than being a rigid construct that you have to either engage in or exploit like a scrounging, self-serving exile, I’d feel more inclined to participate, but personally I feel we have abandoned hopeful projects of building for the future and instead focus on short-term business-orientated policies that benefit few in the long run and have blinded decision-makers to the ominous truths about Britain in the 21st century.

Our social contract has failed my generation but the project shouldn’t be abandoned. We just need to rewrite some clauses.