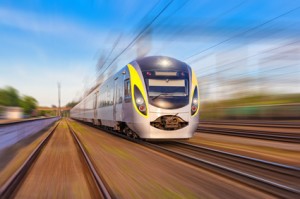 Decisions about big infrastructure projects are some of the most far-reaching that any government ever has to make. Well-planned infrastructure should leave a lasting legacy that benefits the country for decades after it is originally developed (think of the many Victorian viaducts which are still part of the modern rail network today), while misconceived projects run the risk of weighing future generations down with long-term debts which vastly outweigh their supposed advantages.

As major infrastructure projects are always very expensive, the tricky task facing politicians is to choose schemes that will deliver the biggest possible bang for their buck. High Speed 2 – the controversial high-speed railway line that will link London with the Midlands and the North – is one of the biggest that is currently under consideration, with an estimated price tag of £50 billion. Will the benefits outweigh the costs?

Government has “no convincing case” for HS2

This was the subject of a recent report by the House of Lords Economic Affairs Committee which investigated the economic case for HS2. They were sharply critical of their scheme in their conclusions, arguing that its alleged benefits – that it will reduce overcrowding on the West Coast Main Line and help to “rebalance” economic activity in the UK away from London and towards other cities – receive scant support from the evidence, which suggests that both may have been overstated.

On the issue of capacity, the committee’s analysis suggests that long-distance trains arriving in and departing from London Euston are on average only between 50–63% full at peak times, and severe overcrowding is only really an issue on London-bound commuter trains and on services running on Friday nights and at weekends.

When it comes to economic rebalancing, the committee heard evidence which suggested that existing economic hubs tend to be the biggest beneficiaries of high-speed rail links to other regions, which seems to be what has happened in both France and Spain. Rather than encouraging firms to relocate from London, the scheme may simply encourage more workers to commute towards the capital from further afield, potentially making regional towns and cities even less competitive in the battle to attract skilled staff.

For these reasons, the committee argues that it is impossible to justify the level of direct taxpayer subsidy for HS2, as currently anticipated by the government, which the latest estimates suggest will amount to £31.5 billion over 60 years. They argue that alternatives – such as a making a more piecemeal series of improvements to existing rail connections across the Midlands and the North – have not been given full consideration, and they urge Parliament to resist passing the enabling legislation until more research has been carried out.

The findings of the House of Lords investigation into the HS2 scheme echo those from an earlier report published by the Commons Public Accounts Committee in January, which also argued that the scheme offers poor value for money and that other alternatives should be explored.

The long-term nature of the costs of HS2, which would be dispersed over 60 years, highlights the intergenerational significance of this issue.

It’s worth reflecting that the decisions taken by the Victorian railway barons in the 19th century, not to mention the judgements of the 1963 Beeching Review of Britain’s railways (which resulted in the closure of 2,128 different stations), have had a far-reaching impact on the spatial distribution of where modern Britons chose to live, work, study and play, which their original authors could probably never have imagined.

The Department of Transport still maintains that the impact of HS2 will be similarly transformative; a spokesman told the BBC that “it is crucial we press ahead with delivering HS2 on time and budget and we remain on track to start construction in 2017”, despite the recommendations of the House of Lords report.

Clearly, the interests of future generations, who will both use and help pay for the HS2 scheme, deserve to be given greater consideration. One of the problems with this and many other major infrastructure projects is that the technique of cost-benefit analysis – where the known costs of a scheme are weighed against its supposed benefits – has often been criticised as a political exercise masquerading as a technocratic one.

Although in theory cost-benefit analysis should deliver a neutral assessment, in reality benefits are always much more difficult to estimate than costs, and the outcome of this process is always heavily dependent upon the selectively chosen variables and evidence which are put in at the beginning; one academic article on the technique noted that the cost-benefit analysis of transport projects has been described as “nonsense on stilts” in the past.

Therefore, even though there is mounting evidence that the government’s case for HS2 is weak, that isn’t to say it won’t still be beneficial for future generations in the long run because in reality the full benefits can never be foreseen that far in the future. On the other hand, saddling them with £30 billion worth of debt does seem like a remarkable gamble to be taking on a project that might not be worth it in the end. Given the scale of the burden involved, it is tempting to suggest that a scheme with such uncertain benefits should not be pursued.