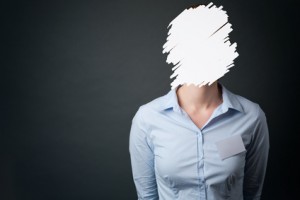 As many as 148,000 young people aged 16–18 in England could be classed as “NEETs” – not in education, employment or training – according to a new report from the Public Accounts Committee which examined how many members of this age group are participating in education and training.

The Public Accounts Committee issued a warning that too many of these young people simply fall “off the radar” once they leave compulsory education at the age of 16, with local authorities often having no idea what they are doing with their lives. The report warned that, nationally, the activity of 7% of young people is unknown, but in some local authorities the proportion is as high as 20%.

This represents a breach of the legal duty that local authorities have to track the activity of all 16–18 year olds in their area, which is supposed to enable the authorities to monitor how many are gaining skills through education and training programmes.

The Public Accounts Committee was also critical of local authorities for failing to provide young people with help paying transport costs so that they can stay enrolled at school or college. The report highlighted the existence of a postcode lottery, in which 63 local authorities which are located in areas with relatively high travel costs aren’t currently providing any support.

The report also criticised schools for failing to provide too many young people with adequate careers advice which might enable them to successfully make the transition to the world of work. The Department of Education transferred responsibility for providing careers advice to schools in 2010, but the report argues that this was not matched by sufficient additional resources.

Although the Public Accounts Committee did not argue for schools or councils to be given extra resources to help address these problems – which would probably be unrealistic in the present climate – it recommended that individual local authorities should collaborate more often to share experiences over which kinds of schemes have been effective when it comes to tracking young people, providing careers advice and helping them pay travel costs.

“Too many young people simply disappear”

The Public Accounts Committee’s chairman, Margaret Hodge, warned of the dangers of local authorities not following up on young people to check how they are spending their time:

However, in response to this report the Government has argued that the number of NEETs is in decline and is at its lowest level since records began. Local Authorities also refuted some of the criticisms that the Public Accounts Committee made of them: David Simmonds, chairman of the Local Government Association’s Children and Young Peoples’ Board, told the BBC that local authorities are not receiving from other bodies the information that they need to track young people more effectively:

“…councils urgently need more legal powers to ensure partners share vital information as quickly as possible. Too often the challenging task of reducing teenage disengagement is made far more difficult when schools, colleges, job centres, national schemes and Ucas [the university admissions service] do not provide the information needed to identify those in need of help.”